Towards the end of the just concluded Premier League, the England skipper shared his insight on why he needed to leave the White Hart Lane for a greener pasture in search of trophies and honor to bolster his legendary status when he eventually calls it quit at the end of his professional career as a football player.

Although, Alan Shearer still remain the most prolific goal scorer in the rich history of English Premier League with over two decades of goals (260) to show for it but his days were best remembered when he guided Blackburn Rover to their only Premier League triumph in 1994.

And just to say, Shearer had many medals to show for his goal scoring prolificity while he rampages the Premier League as he represented both New Castle United and Blackburn Rovers well in his prime.

Although, Harry Kane is less than a decade of goals behind the greatest top scorer in Premier League while have 166 Premier League goals to his name. But the England skipper has been a prominent treat to any opposing defense line and he is widely regarded as best striker in the league and if not the best in the continent. Either way, Kane has been one of the deadliest European strikers even while he plies his trade at Tottenham Hotspurs.

However, with his intention to leave his current club, many bigger teams locally and across the continent are at high alert to secure the service of one of the most prolific modern strikers and whomever the England captain decided to give his loyalty to come next season, his goals would bring a potential European honor.

Moreover, the question remains the same since his announcement in May, where will the 2020/2021 Premier League golden boot and playmaker award winner end up playing his trade come next season? 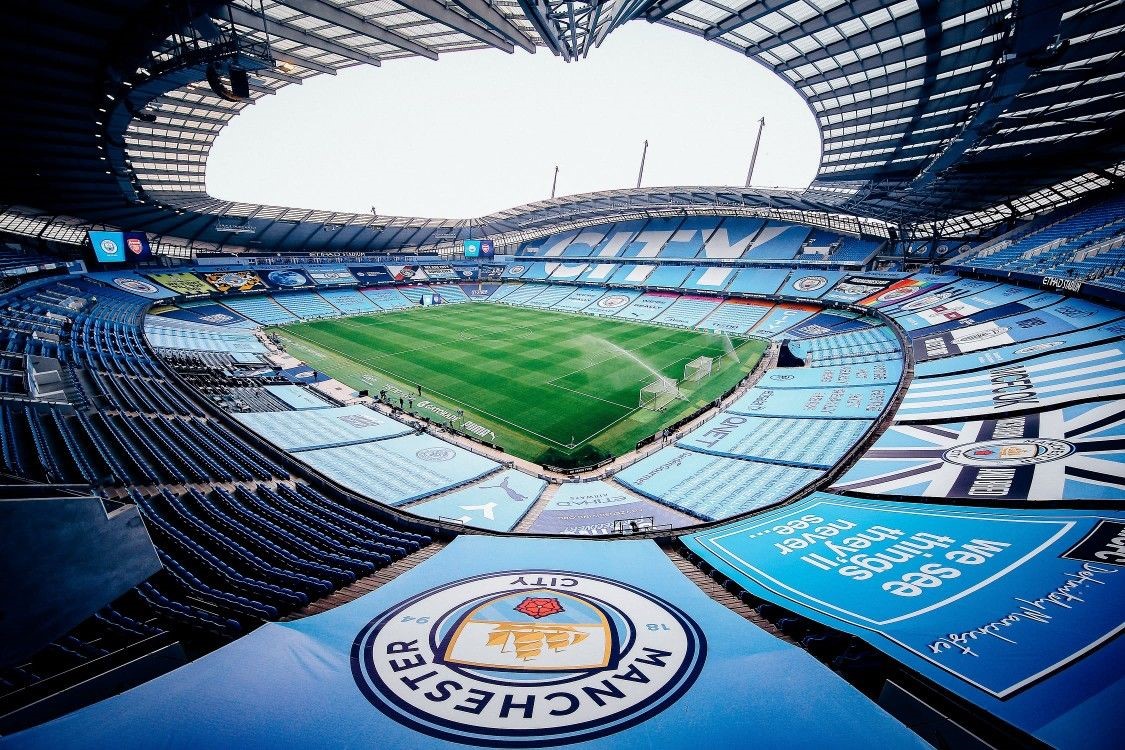 While the season had been so unprecedented in many ways, the ability of Pep and his Cityzen to evolve had ensure them two trophies already and while fighting to make it three out four will even make the season more successful if the Etihad playground occupancy can finally bring home the most prestigious club football gong on Saturday, 29 May, 2021.

Contemplating going without a No 9 this summer, will even made a brighter sense to all Man City lovers all over the world provided their campaign ended with UEFA Champions League in the bag despite playing most of their game this season without a striker and focusing on Jack Grealish would an icing on the cake for a successful campaign they had.

Kane on many occasions has hinted at wanting to move to Manchester City, and who would not? With the City’s perpetual rank in running for trophies each season, it makes sense that the Premier League best striker would want to join the club.

With City inability to deploy a striker in many vital games and still fight for the four trophies is a resound attribute to admire. But with Kane, City would be having a striker that closely net up to 40 goals with the team’s creativity and fluidity, thus the already delay Man City would cause a wreak havoc in the league.

Moreover, Kane doesn’t seem to make much sense from a playing perspective for Manchester City. With Sergio Aguero imminent switch to Barcelona, Gabriel Jesus, and the other strikers used by Pep Guardiola are more dynamic than Kane.

Although, Kane has become a better goal creator and proficient goal scorer at Spurs this season with his 14 league assists and 23 goals respectively, but on paper, the combination of Manchester City and Kane wouldn’t be a match because the citizen hardly buy a player with a statement fee of that magnitude, rather, the current champion of Premier League would buy cheap and groom and with Harry Kane who could probably leave with a fee more than £100 million

However, with Sergio Aguero leaving for Barcelona at the end of the Champions League final on Saturday, May 29, Kane who guarantees goals, leads by example and would be a brilliant focal point for Pep Guardiola’s team with his diverse techniques and ability which would makes him a brilliant addition 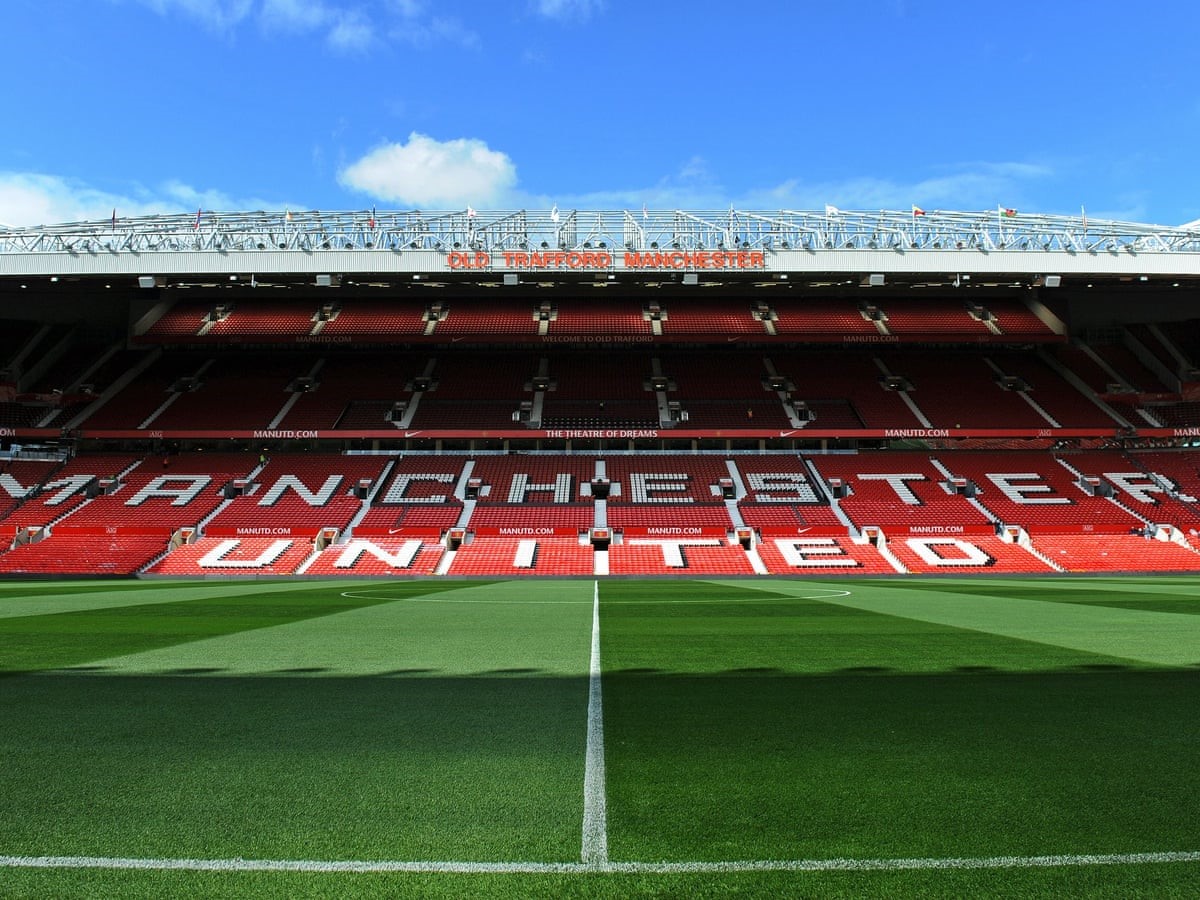 Although, Manchester United might not have been the best Manchester club anymore since the departure of Sir Alex Ferguson in 2013, but the Old Trafford team are beginning to find their groove again as they came second behind their Manchester counterpart in the just concluded Premier League and narrowly loosing the Europa League to Villareal after they came third in their Champions League group phase behind PSG and Leipzig.

However, The Red Devil have always been inconsistent and that could have been referenced to their inability to kill of the match with many goals in their favor. Even with the arrival of Bruno Fernandes, United have become more direct and can easily compete with the rest, but the most Premier League winning team will need more than Rashford, Anthony Martial and Mason Greenwood to challenge on all front in the coming campaign and with Cavani getting older, replicating his lethargic form and constant movement in goal sight might even become more difficult but with Kane, Manchester United might be getting the last jigsaw in their competitive puzzle.

See also  Happy Birthday Giovanni Trapattoni, 82, a football legend (he started from a field in Bryanza)

Kane could join an illustrious list of Man United greats and could well achieve the feat only Alan Shearer managed to have while scoring over 100 Premier League goals for United. But his addition could be the key to the competitiveness that the Ole Gunnar Solskjaer needed to aim for the Premier League and Champions League.

More so, staying in England may even suit the England captain if he cares about his personal achievement for his already 96 goals behind the great Alan Shearer in his pursuit of been the most prolific goal scorer in Premier League history as he’s looking to bolstered his trophy cabinet and he would be getting that with his qualities in combination with the Old Trafford’s club resources. 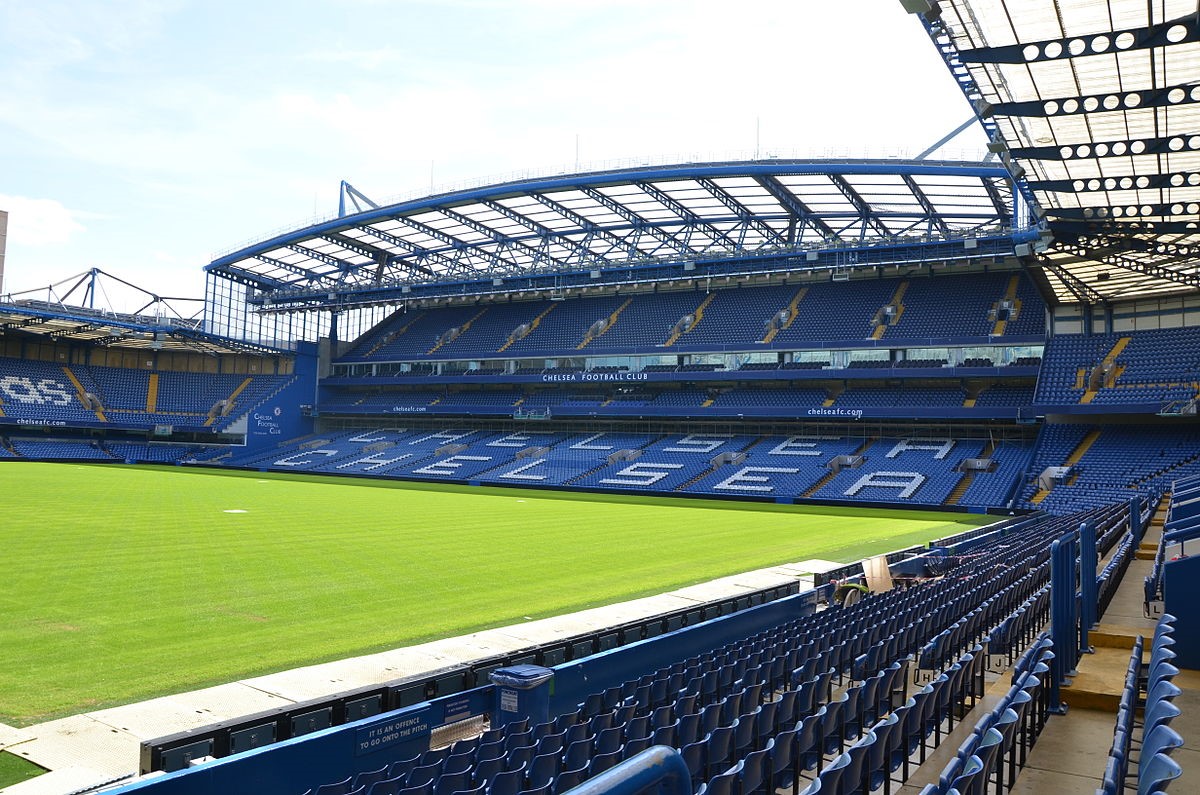 Looking behind at the beginning of the 2020/2021 season, many had tipped Chelsea to be a strong contender on all front because of their summer transfer rampage.

However, it was a different game until Thomas Tuchel took charge of the team in February which ultimately change the course of team’s direction to set up the third showdown of an all-English final with Manchester City in the UEFA Champions League Final in the history of the game.

Moreover, had Leicester City defeat Tottenham, Chelsea would have needed the Champions League triumph to secure their Champions League spot next season and so many times has the West London team been found wanting due to the inconsistence of Timo Werner, Tammy Abraham, Olivier Giroud and the likes in front of goals.

Although, Chelsea might not have been an ideal move for the prolific goal scorer due to their township rivalry, but the addition of Harry Kane would a massive addition to the team that is on the brink of achieving something great with a tactical manager.

Moreover, with Romelu Lukaku and Erling Haaland on sight, Spurs’ fierce rivals are best placed to make an offer for the England captain due to their woeful striking issue and with Kane Chelsea might just be able to win the Premier League that the England skipper is dreaming to achieve all along. 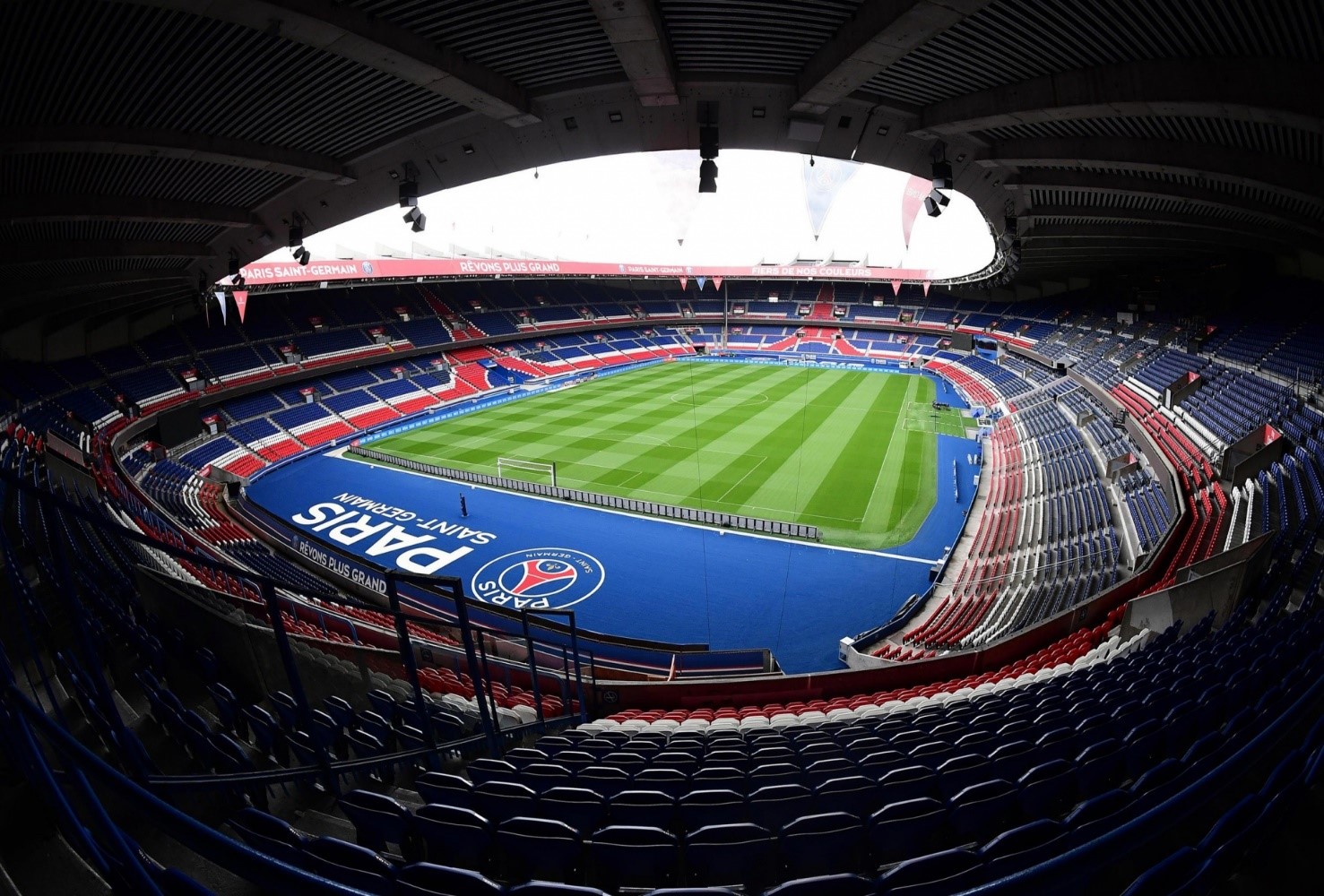 PSG will be looking to be the best come next season and with Mbappe future looking so cloudy, having Harry to support Verrati, Marquinhos and Neymar will be a fantastic gesture for the Paris club to foster their determination on winning the most prestigious club competition.

The British players hardly move away from their comfort zone with few making it to the top, but with standard of Kane and influence of Pochetino, PSG might be having one of the most potent strikers in the game, thus giving the Les Perisen edge needed to win the UEFA Champions League come next season.

Although, Kane was handed his senior cap in Spurs by Tim Sherwood, but he secured a regular starting berth under the current PSG coach during 2014-15 season and he instantly became a success under the guidance of the Argentine tactician at White Hart Lane and Pochetino could well persuade him once again to join up at the French capital club for both parties to reach their aim quicker than later and with PSG, Kane is guaranteed a trophy at least and would be fighting for the best titles alongside best player in the game.

More so, like Manchester city, PSG, seemed to be the only team financially capable of securing the service of the Englishman and unlike the Cityzen, Les Perisen might not shy away from the financial structure to land the England skipper. 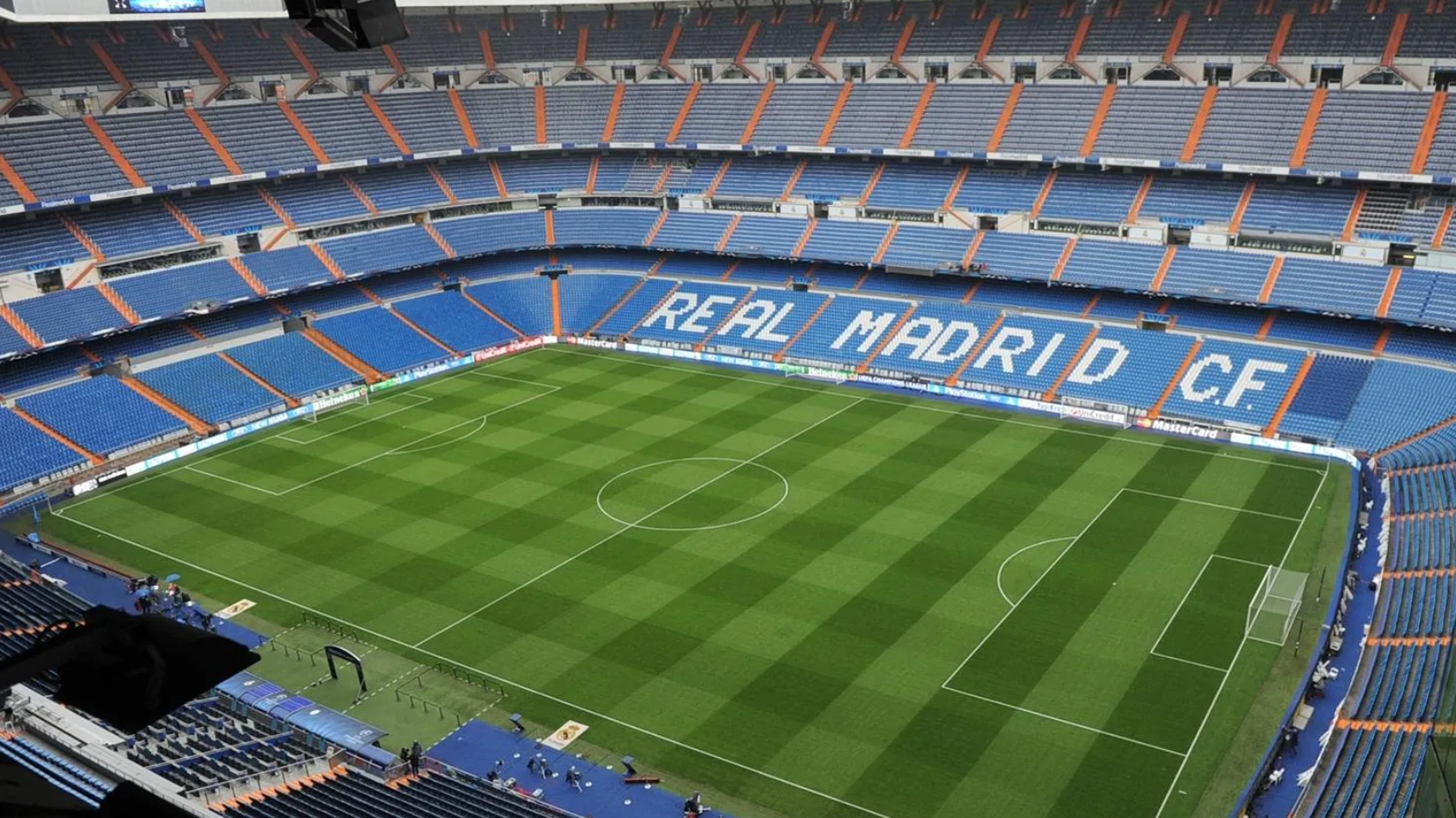 With Mbappe future looking so bleakly, Zidane stepping down as the head coach or Real Madrid once again, and some senior member of the team looking to play their trade elsewhere next season. Real Madrid will be looking to rebuild the galacticos standard once again and with Kane signature, the Spanish capital base club might just start a new era.

However, could Kane follow in the footsteps of David Beckham, Michael Owen, Jonathan Woodgate and Gareth Bale in switching their allegiance from Premier to LaLiga while they won so many trophies with the Los Blancos at the Bernabeu?

With Benzema rightly above 33-year-old and Eden Hazard inability to replicate his Chelsea’s form at the Spanish capital, having Kane would be a perfect big statement to the European and local counterpart of Real Madrid to challenge on all front come next season due to the versatility of the Englishman and this will just makes the Madrid faithful over world more happy to compete once again.

And who know? They might win another triplet of Champions League with the England skipper. Kane chances of winning silverware would greatly increase if he decided to join the most winner of the Champions League gong.

Written By
Josh Atkinson
More from Josh Atkinson
It seems Apple It faces a permanent crisis of stock issues or...
Read More