Tennyson accused Sinn Fin’s health spokesman of “hiding lame excuses” in connection with the sharing of the GP agreement with another union with the Irish Medical Organization.

David Cullinan spoke after Leo Varadkar yesterday denied that he had acted illegally by sharing an agreement with the IMO with the head of the National Association of General Practitioners.

Speaking to RTE this week, Cullinan said he did not agree with Varadkar’s statement that the document was not confidential or sensitive and that it was “contrary to the deal record”.

Opposition parties have stated they will not run in the by-elections.

“Here the facts are clear to me – Leo, as the leader of Fine Gael and Tao Tzu at the time, handed over a document to a friend about strategic discussions involving millions of euros in taxpayers’ money.” Cullinan said Varadkar knew in his heart that this was wrong and that he should come clean and accept it.

Analysis: Varadkar did not grant any political liberation

Earlier, Cullinan’s party colleague Louise O’Reilly said it was “suspicious” that Fine Gayle did not want to share confidential documents.

She said she had previously discussed salary deals with the government: “Documents are exchanged in good faith and with the basic understanding that confidential documents should not be shared with others.”

Commenting on Twitter, she argued that “faith is essential” and added: “Fine Gayle does not understand this.

Finance Minister Paschal Donoho said Varadkar had made it very clear that he would answer questions on the issue.

He said one important thing that drives Tennyson is his desire to improve the services available to patients through a new GP contract and to get as many GPs as possible to join the new contract.

See also  How Big Is the Home Furnishings Market?

Varadkar said in a statement yesterday that what he did was not good training and “could have been done differently”.

Donoho said when the information was shared, it was “after a discussion on the agreement was over”, after a press conference and after the government agreed to the new agreement.

Details of the deal have been widely circulated and reported, he said.

Donoho said Varadkar himself felt that the way the information was shared could have been done differently, based on a statement released yesterday.

Former NAGP chiefs say they have won the contract

In it, they say they received a copy of the final program for a chronic diagnosis, which they saw as a continuation of the government’s decision to inform them.

The statement said: “The National Association of General Practitioners has been in extensive consultation with the Department of Health and the HSE throughout 2018. The NAGP was a trade union with a full negotiation license.

This included monthly meetings with the Department of Health and the HSE, which paved the way for the development of a program for chronic diagnosis.

From these discussions, which have been going on for two years, the Association was aware of the main content of the new agreement required by the State.

“By mid-April we had received a copy of the approved, announced program for the final diagnosis of chronic disease from the then Taoist Sea.

“As a union we could not take a stand on the chronic diagnosis program, without full access to the details contained therein.

“It is wrong for one group of GPs to have access to the details of a chronic diagnostic program, while another group of GPs do not have equal access to that information because the NAGP and its members were involved in its formation.

“The program for chronic diagnosis had to be extended to all GPs, so all GPs have the right to understand what the program means and what is needed in them.” 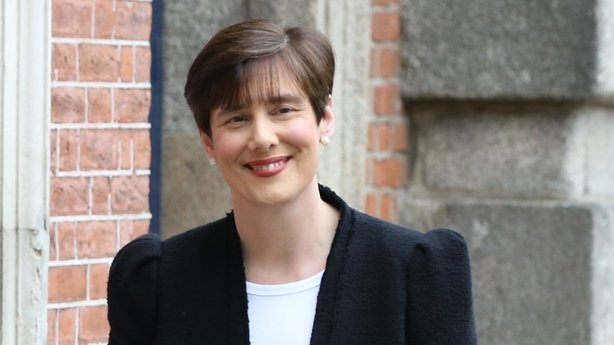 Varadkar needs to outline the ‘inspiration’

Education Minister Norma Foley said Varadkar Dill needed to explain “the motivation behind what happened, how it happened and when it happened.”

Speaking at the same event, she said, “I acknowledge his willingness to do so.”

“It’s not very good training,” she said, adding that it was “very clear and obvious.”

It’s important to have the opportunity to “listen more” and ask and answer more questions, Miss Foley said.

A Cork-based member who was a member of the NAGP at the time said his initial reaction was “disappointed that the goods were sent through the back door”.

Speaking to RTE’s Damien O’Reilly, Dr. Phil Kieran, the more I read into it, the more I began to feel “more careful”.

The NGP had a “certain feeling” at a time when a group representing “a major part of the GP” was not given access to “negotiations to some extent”.

If this happens to “keep that avenue open to GPs”, his feeling was, “I’m glad someone tried to stop us in the ring,” but “it’s just trying to try the other way.” The GP representation is trying to encourage all of us to accept the deal. “

He said his only recollection of the situation at the time was that the only details he heard were coming through the media.

He said they had been told the deal would have to be approved or something else was not coming up.

He added: “It is with great sadness that I look at all of this, and if the NAGP is to try to silence the voices in these negotiations, it will weaken an already difficult position with the HSE.

He said he had not received any document at the time and had not shared it with members.