Every student knows that science and math are vital subjects for major career pathways. Though STEM is not always the chosen pathway for most girls worldwide. Most girls avoid science and math due to cultural perceptions that align with fake notions about what is considered a “successful” career.

If you are an active user of social media and the internet, then you can take a minute and search for “I’m too pretty to do the math or too pretty to be a scientist.” The results will clearly show society’s perception of pretty girls in most cases.

You will get results of memes, t-shirts, and other merchandise that are targeted at girls or women in general. Any random person on the internet might not feel the effect of this message, but that is precisely what has been transferred to the minds of most girls in a different college.

Sexism is rampant in most communities, and this doesn’t mean that females have to look special. When this notion gets implanted firmly in the mind of the girls, then they are likely to take a rest and stop putting a lot of effort into learning science and math.

Science and math assignments are common in most colleges. These assignments are a significant source of headaches for most girls. Whenever faced with challenges, college girls can seek college calculus help from PlainMath. It’s one of the best ways to reinforce math skills and learn new math concepts that will help them excel in math. They can also use the extra time for learning science-related topics and research different learning materials that the school uses for teaching science subjects.

When girls are exposed to fake beliefs about science and math, they end with self-fulling prophecies. Depending on the environment that most girls are brought up in, some funny societal signals suggest that girls can only do fair in certain areas.

These narratives stick in the minds as they grow up, thinking that some subjects are meant for men and that they shouldn’t struggle too much. Just imagine a parent saying that they are not a math or science person and so are their kids!

You need to understand that failure to understand math and science is not a hereditary issue. Thanks to advancing technology and communication, at least girls can read materials on the internet to motivate themselves. 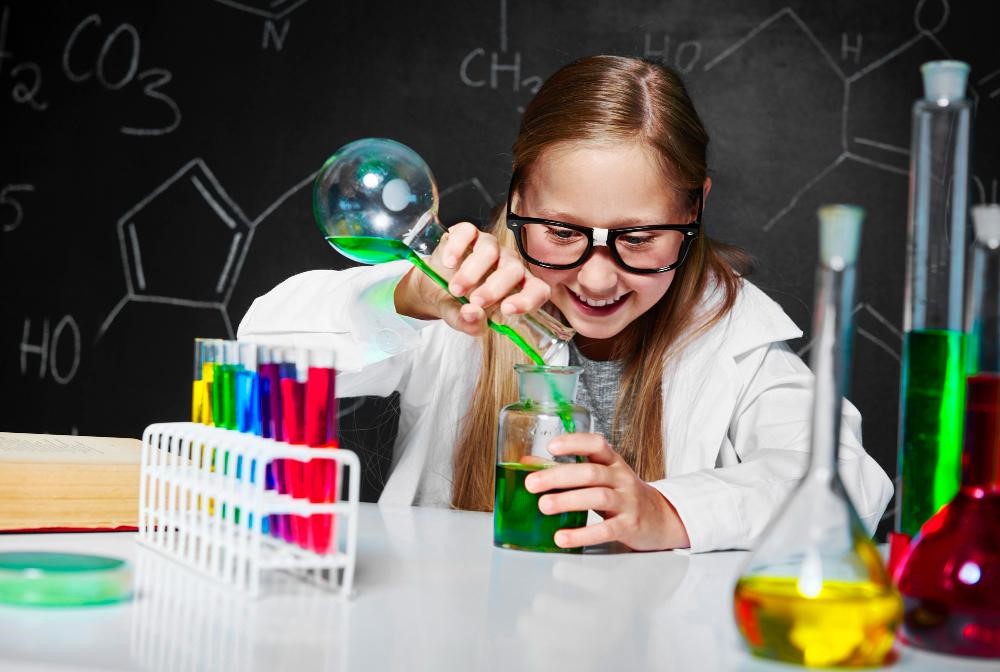 Lack of mentors in the society

Another significant issue is a lack of mentors in society to train girls on math and science improvement tips. College girls are highly motivated by good examples in society. Unlike men, girls are highly protected in most communities, and you rarely see them hanging around in groups like men.

Even though this instills morality and other great values, they lack a lot as they spend less time with peers. The number of women in the field of math and science has been growing at a slow rate for years.

In most cases, retention is a significant cause of failure among many girls. There is a lack of proper mentorship, inclusivity, and other institutional barriers to girls’ success at the college.

Poor conveying of the STEM value

Conveying the value of math and science may not seem obvious but has a huge effect on the academic performance of most girls. As a result, most girls grow up without seeing the value of doing science and math their whole life.

It’s common on social media to find people talking about how their time was wasted solving equations they have never used before. This kills the dreams or aspirations of most college girls as they will feel like they will later end up in the same trap.

Several factors make girls refrain from being dedicated to learning math and science at college. Most of these beliefs are passed from one generation to the other and hugely impact girls’ success in math and science-related careers. The best way to avoid these beliefs is to act blindly toward them, focus on your goals, and only listen to those who motivate you to keep going.