The stunning structure that sits in the heart of Dublin, Ireland, is more than something pretty to look at. While many people associate Dublin Castle with the Irish government, Dublin Castle has a rich history that dates back to when the English ruled over Ireland.

Nowadays, Dublin Castle serves as a famous government building that is used explicitly for Presidential inaugurations and State receptions. Tourists and Irish people alike love looking and touring the structure. It’s a beauty to look at in the city. But this fortress has an extensive past that is fascinating, to say the least.

The English and then later, the British, ruled over Ireland from the beginning of the 1200s until 1922. The English began their rule in Ireland in h1204. When they started their rule, the king at the time, King John, ordered the construction of a fortress.

King John, the king of England in 1204, ordered that a sturdy and massive structure be built in Dublin. The fortress was to be a safe haven for monarchs and government rulings. The medieval building that was Dublin Castle was built on top of an old Viking settlement. The order came in 1204, but the construction did not finish until around 1230.

The structure was to include strong and tall walls to keep enemies out. King John also ordered that a moat be dug around the castle to prevent people from scaling the walls. Initially, the castle was of a Norman courtyard design. 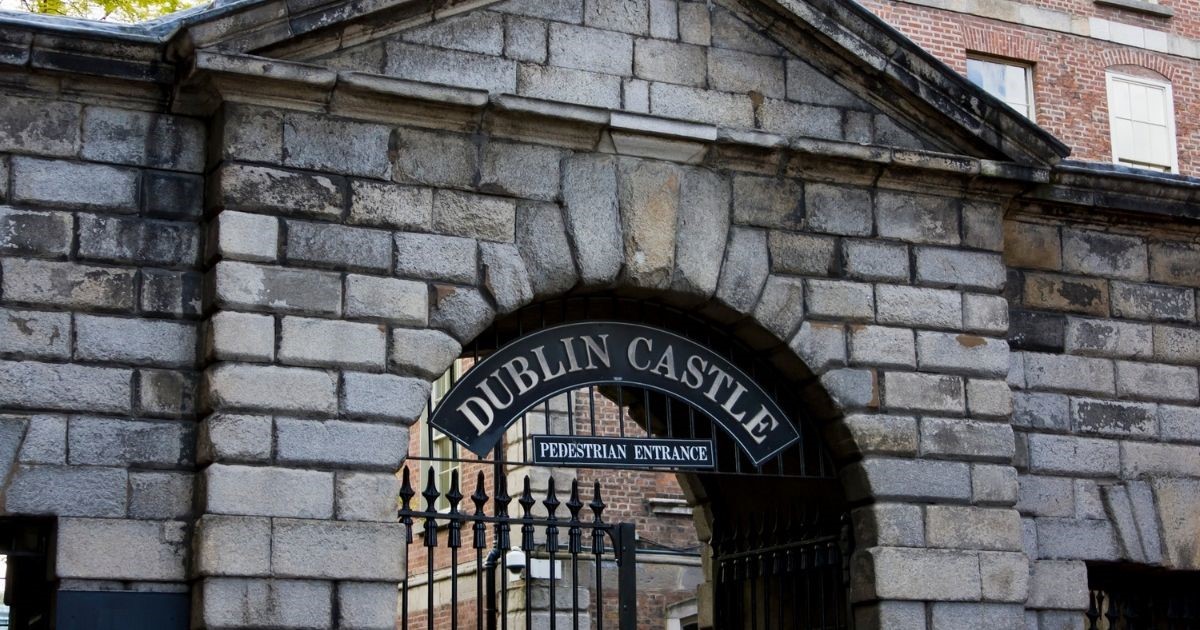 All the walls of this structure were made very tall to act as defensive walls and were protected by circular towers at each corner. The Poddle River that runs through Dublin city served as a defense mechanism on two sides of the caste.

Throughout the time the English and then later British ruled over Ireland, Dublin castle was used to house government officials and monarchs that were visiting or needed to stay there for periods of time.

The fortress was even used to store treasures from England and even served as a prison in certain situations.

The state of the fortress remained pretty much the same from its beginnings in the 1200s until the late 1600s. In 1671, the medieval fortress caught on fire for the first time in this century. The damage was pretty minimal, though. But the castle caught fire again in 1684, and the fire devastated most of the castle.

When the fire of 1684 ravished the castle, the British lost much of the medieval castle. Miraculously, some portions of the medieval and Viking structures were still standing. The first rebuilding of Dublin Castle began.

Once the rebuilding of Dublin Castle was finished, it served many of the same purposes as it did when it was first constructed. Even though Dublin Castle lost much of the original structure in the fires, you can still see the surviving portions of the medieval and Viking structures today.

Throughout the following few centuries, construction happened on the castle to maintain the original towers and Viking structures and ensure that the castle was sturdy and in pristine condition. The castle transformed from a medieval castle to a Georgian-style palace.

See also  The wrong easy jet sleeps on the plane and travels 1,700 km from the destination 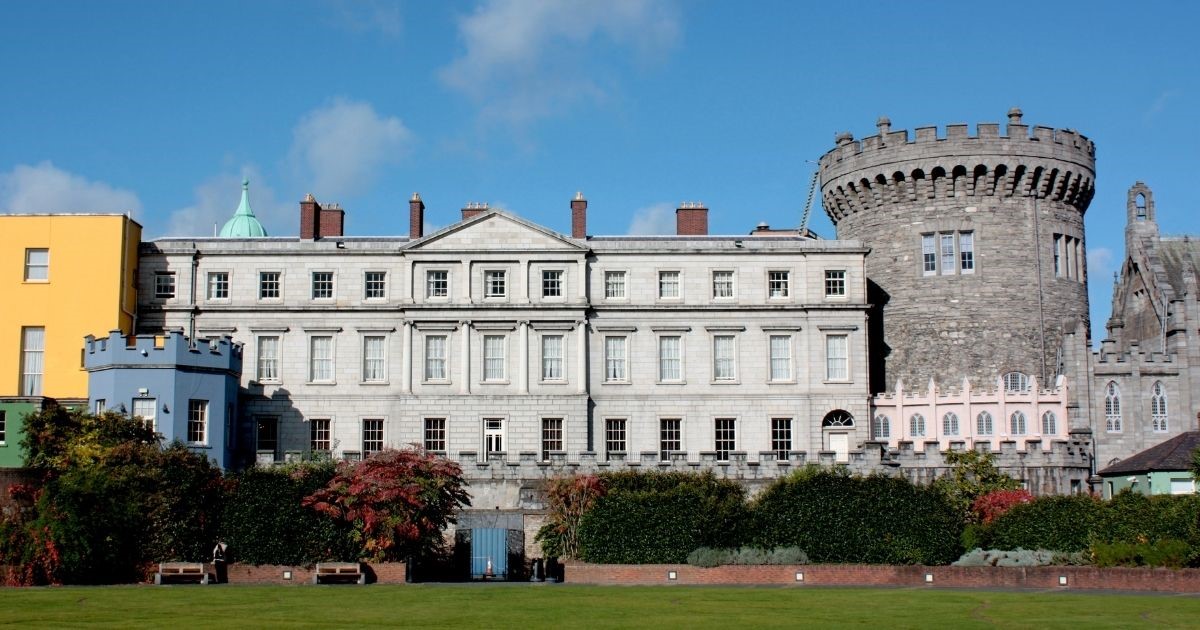 During the late winter and early spring, the Viceroy and sometimes British monarchs would host various events in these State Apartments. These events ranged from banquets to balls and even regal ceremonies for prominent members of society.

Dublin Castle has seen plenty of reconstruction and additions to the structure. In the early 1900s, the Chapel Royal was constructed in the Lower Castle Yard. It had a Gothic design that served as a place of worship for the Viceroy family.

In 1907, a significant jewel heist occurred at Dublin Castle. Almost all of the Irish crown jewels were stolen from the castle. It’s unclear if they were ever returned or found.

The British presence in the Irish state was coming to an end in the early 1900s. With the Irish War of Independence and the Easter Rising of 1916, the British leaving Ireland was imminent. In January of 1922, the last Viceroy surrendered Dublin Castle to the independent state of Ireland.

These events lead to the creation of the Republic of Ireland, were primarily associated with Dublin Castle’s history. Since the last Viceroy turned over the castle to the Irish Republic, the castle has served as a prominent government building in Dublin.

Since 1938, every president of Ireland’s inauguration has been in St. Patrick’s Hall, the most famous State Apartment. Irish governments use the castle and State Apartments for national events like commemorations and important government dinners.

Since the construction of this palace, some prominent people have visited the site. In 1771, Benjamin Franklin was a guest at Dublin Castle.

In more recent years, Nelson Mandela visited in 1990, and the current Queen of England made an appearance there in 2011.

Today, you can visit this magnificent structure and learn all about its history in person. You’ll be able to see many of the State Apartments where Irish Presidents have stood. Over a quarter of a million people visit this historic site every year.

You’ll even be able to see one of the towers that have been standing since the castle’s construction in the 1200s. Dublin Castle is an integral part of Irish history. It dates back to the Viking days and British rule.