We’ve all dreamed of winning the lottery. How often have we asked friends what they’d do with the prize money or fantasized about how we’d spend it if our numbers came up? For most, it’s no more than a nice escape from reality, but for some, dreams do come true.

Ireland’s had some big winners over the years, with a few lucky individuals taking home unimaginable sums. Here, we take a look at the most fortunate and how winning the lottery changed their lives. 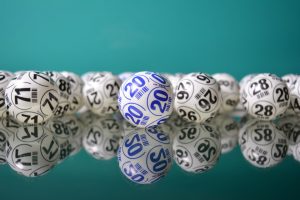 Ireland’s biggest lottery winner of all time remains a mystery. The ticket was sold in Beaumont, Dublin in June 2013, but who claimed it is anyone’s guess. Whoever it was won a life-changing sum, although they did have to share it. Irrespective, their win added a whopping 93 million euros to their bank account.

While the lucky person above won the largest jackpot of anyone on this list, they did have to split it, which means they went home with less than the players who purchased the winning ticket in February 2019.

Of all the Euromillions winners from Ireland, this family syndicate are the ones who struck gold, banking a cheque for a whopping 175 million euros. While they chose to remain anonymous, the Naul natives did state they had no plans to move. They revealed they were seeking independent financial and legal advice to help manage their money but were happy where they were.

2019 was a lucky year for those in Ireland, because a mere month before the family syndicate’s mega-win, there were two more Irish winners. In January, Frances and Patrick Connolly claimed the winning ticket.

The couple, from the village of Moira in County Down, won a whopping 130 million euros after purchasing a ticket on New Year’s Day. They’d met at a wedding in 1989 and been together for 30 years when they became Ireland’s newest multimillionaires. According to the pair, they planned to focus on charitable work, job creation and doing good deeds. 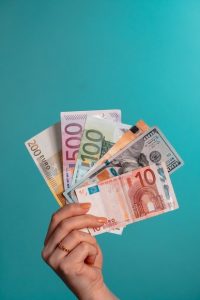 Ireland’s first EuroMillions winner also needs a place on this list. In July 2005, Dolores McNamara from Limerick claimed a jackpot of 115 million euros. She realized she’d won while having a brandy in her local pub.

Dolores used her money as many of us would, buying a lavish property for herself and houses for her children. Her dream purchase was a 38-acre estate near Killaloe, which came complete with a coach house.

Speaking on her decision to buy the ticket, Dolores revealed it had been made on the spur of the moment. The former cleaner had only gone to the shop to top up her phone and decided to buy a ticket when she spotted them at the counter.

As well as her local property purchases, Dolores and her husband invested in holiday homes in Spain and Turkey and a couple of racehorses to boot.

Tell us, in an ideal world, how would you spend your winnings?

Written By
Josh Atkinson
More from Josh Atkinson
Wearing a smart watch can cause great anxiety among users with heart...
Read More