Have you ever tried CBD capsules? These formulas are available in a powdered form and soft gels, which contain not only a powered extract but also cannabidiol oil.

CBD capsules are processed through the digestive system, which is why it takes between twenty and thirty minutes for the formula to act. While many individuals wonder how to make CBD capsules, there is a myriad of CBD vendors selling organic capsules online.

Have a look at the main benefits of using this form of cannabidiol.

An incredibly important benefit of CBD capsules is normalizing the sleep-wake cycle in individuals suffering from poor sleep. This circadian rhythm involves the secretion of cortisol in the morning to make individuals alert, while it involves melatonin secretion at night to make people sleepy. Nevertheless, stress and shift work are believed to be the main causes of making the circadian rhythm dysfunctional.

Sleep is essential for keeping cognitive function optimal, as neuronal damage gets repaired in the course of sleeping. Consequently, sleep deprivation contributes to experiencing concentrating difficulties, irritability, and making unreasonable decisions. Instead of fighting insomnia with sleeping pills, individuals are advised to try CBD capsules.

Moreover, these capsules are known to support sleep by regulating the sleep-wake cycle through the endocannabinoid system. Additionally, cannabidiol is capable of increasing the production of Gamma-aminobutyric acid (GABA) in the brain, which promotes a sense of calmness. As a result, it prevents racing thoughts in individuals before hitting the sack.

Another benefit of taking CBD capsules is minimizing inflammation, which comes from its anti-inflammatory properties. The immune system triggers an inflammatory response to protect the body from viruses, bacteria, and other types of environmental danger.

While such inflammatory response is normal, the body sometimes considers its own cells as dangerous and strives to eliminate them. Inflammation generally manifests with symptoms like swelling, redness, and overwhelming pain, which shouldn’t be long-term. When inflammation persists, the body is threatened by severe health problems. Click here to learn everything there is to know about inflammation. 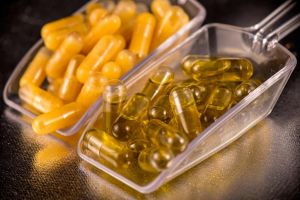 Nevertheless, the endocannabinoid system plays a major role in immune function and neuromodulation. It ensures normal inflammatory response by reducing the production of T and B cells, known as inflammatory markers. Since CBD capsules interact with the ECS system, they help in reducing inflammation.

Another reason for individuals to consider taking CBD capsules is their ability to boost cognitive focus and mental health owing to the interaction between cannabidiol and serotonin. This neurotransmitter plays a vital role in the human body, as it’s responsible for the regulation of memory, mood, and learning.

Nevertheless, CBD isn’t in charge of boosting the production of serotonin but supporting its transmission. Consequently, people taking CBD capsules experience improvements in mood, focus, and memory. Cannabidiol uses its antioxidant properties to preserve the function of the neurons in the central nervous system and ensuring homeostasis.

CBD capsules are used for the purpose of effective pain relief. By interacting with the endocannabinoid receptors, cannabidiol reduces inflammation and alleviates pain. It provides the desired pain relief in conditions like arthritis or acute pain from being involved in an accident.

Moreover, when consumed, cannabidiol starts an interaction with the CB1 and CB2 receptors, thus preventing inflammatory hypersensitivity. This natural remedy in the form of pills is believed to be a safer alternative for pain management than painkillers. Visit this link, https://www.healthline.com/health/arthritis#treatments, to gain a better understanding of the symptoms, causes, and diagnosis of arthritis.

The antiemetic properties of cannabidiol minimize nausea and vomiting in patients. As a result, individuals battling cancer can gradually restore their appetite and increase their weight. Also, they will experience less pain from chemotherapy and feel exhausted after leaving the hospital.

CBD capsules are even thought to slow down the spread of cancerous cells. Although it cannot cure this aggressive disease, cannabidiol can at least retard the growth of new cancerous cells and prevent cancer from immediately affecting other parts of the body.

Another advantage of taking CBD soft gels is reducing anxiety and depression. In most cases, these mental health conditions are treated with medications, which are infamous for doing more harm than good to patients. The side effects of CBD soft gels are minimal compared to those of antidepressants like benzodiazepines.

In addition, cannabidiol helps individuals with anxiety and depression because of its role in the transmission of serotonin. As mentioned before, serotonin is the neurotransmitter in charge of mood regulation. The higher the levels of serotonin, the better the mood of individuals. By taking cannabidiol capsules on a daily basis, people can see significant mood improvements, such as feeling less irritable.

Hypertension is a common health issue in individuals, increasing the risk of heart attack and stroke. Nevertheless, people suffering from high blood pressure are recommended such pills, which have a reducing effect. Consequently, the risk of fatal health conditions will be almost minimal.

See also  When to go to Ireland? Best period depending on temperature and climate and region

These capsules are discrete, easy to dosage, and consume.

Your physical and mental health would benefit from taking them!

Written By
Josh Atkinson
More from Josh Atkinson
As a college student, reading and writing is an important part of...
Read More