A good performance from the Japanese forwards, safe tackling and a brace from full back Rinka Matsuda helped Sakura 15s to their first win at 15 with a 29-10 win over sixth-placed Ireland in the second women’s international test on Saturday.

Japan, ranked 13th in the world, showed up at the Prince Chichibu Memorial Rugby Ground after losing their last six Tests against Ireland, the latest being a 57-22 defeat a week ago in the first of the two-Test series. 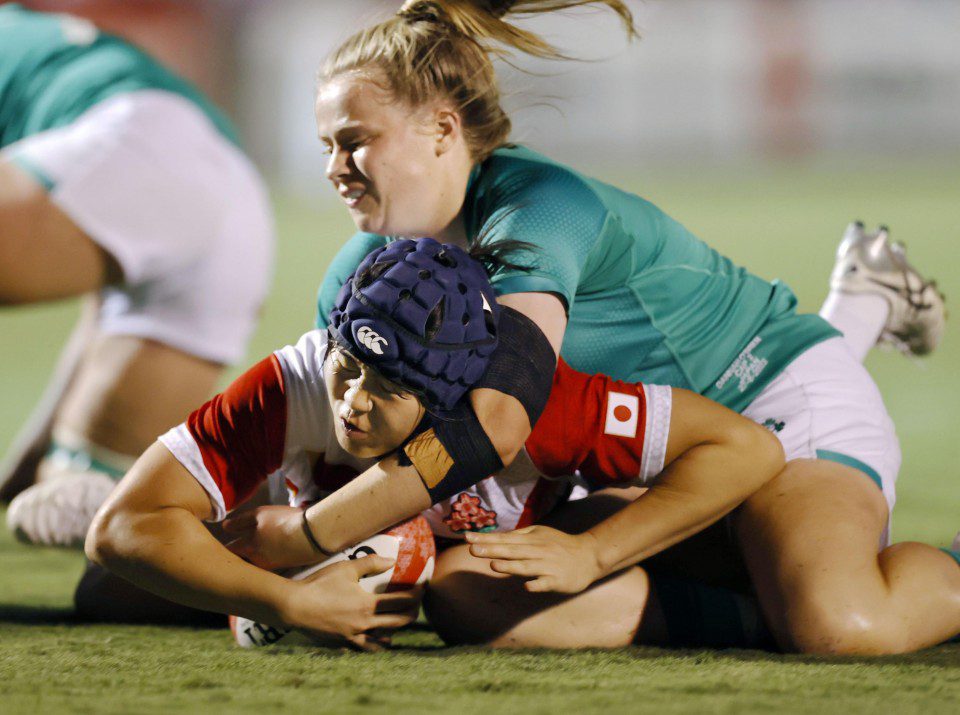 Japan fullback Rinka Matsuda (bottom) scores a try during the first half of the women’s international rugby union test match against Ireland on August 27, 2022 at the Prince Chichibu Memorial Rugby Ground in Tokyo. (Essone News)

On a hot and humid evening in the capital, Natasja Behan scored the visitors’ first try in the third minute before Japan leveled with a five-point try from Mitten Ayasa Otsuka.

Amid stout home defense, Otsuka converted Matsuda’s 34th-minute effort to send Japan back to the locker room with a 12-5 lead.

Hinano Nagura’s try in the 49th minute gave the Japanese pack a 17-5 lead. Matsuda once again showed his running ability, fending off two tacklers before scoring in the 55th minute.

Substitute striker Sachiko Kato collected the ball after a ruck on the try line and scored in the 65th minute before Otsuka added extras to complete the scoring.

The series was a tune-up for the World Cup, which began in New Zealand in October.