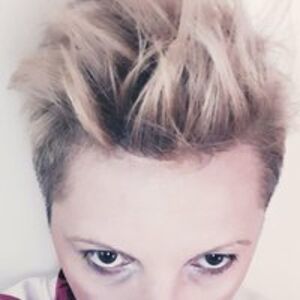 Wijesty did not provide details on the recent dismissal of the editor of the Foreign Policy Department of Radio Television of Montenegro (RTCG). Vladen MikunovichAnd General Manager Boris Ravonic He instructed the editorial office regarding free access to information, which he did yesterday.

“Vijesti” contacted the director of RTCG yesterday Marija Tomasevich And the editor of the first program Damir RamovichBut they did not answer questions about Mikunovic’s move.

Mikunovic was fired a few days ago, and Ravonic announced that the dismissal was a routine procedure, based on a series of defined procedures, “the same procedures he performed when he was manager.”

He said the initiative was based on Mikunovich’s performance and workplace attendance records, and that if necessary, all details on the subject could be made available to the interested public, and that they were unacceptable to the editor in any serious media.

Mikunovic denied that he had not fulfilled his job responsibilities, saying that was not the “reason” for the dismissal, and that Ravonic had “abused and abused him for months for no reason” and eventually fired him.

Ravonic has denied the allegations of torture.

At the Media Center, they believe that TVCG’s management and editorial board have a responsibility to explain to the public why Mikunovich was fired, as they announced yesterday.

Media Center Assembly President Dragoljub – Dusko Vukovic Addressing the public on the occasion, Mainunovich said in a statement that the public service was obliged to do so because of the allegations leveled against those who worked behind the relocation. He said Ravonic’s reaction to Mikunovic’s announcement on a private Facebook page was not serious.

“It’s not about dismissing the head of a suburban grocery store, so Ravonic will only share his views with friends on the social network.

He said that a few years ago the then management had illegally removed Mikunovic from the post of TVCG director and that this was a direct political move by the then Montenegrin government led by the Democratic Party of Socialists. “It was filled by the RTCG Council,‘ approved by the territory ’.

According to Vukovic, “the current management and editorial team of the national public media must rely on the professional legacy left behind by Vladimir Mikunovich and their intention to reform the RTCG.” Andrian KhadeejaAnd was illegally removed from the DPS authorities.

Written By
Josh Atkinson
More from Josh Atkinson
The upcoming iPad may borrow some of the structure and capabilities from...
Read More