Whitehall sources have confirmed to Sky News that Boris Johnson tried to water down an official investigation that found Home Secretary Preity Patel had threatened officials.

The Prime Minister tried and failed to convince his Ministerial Criticism Adviser, Sir Alex Allen, that her conduct was intimidating as he found examples of ministry and oath-taking.

The adviser resigned on Friday after Johnson overturned a conclusion that Patel had violated cabinet rules and would stand by the home secretary.

Ms Patel, who described what she described as “an unchanging, complete apology”, realized that Sir Alex’s discovery had received no response to the impact of her behavior.

However, it was Sir Philip Ruth argued, who Resign as Permanent Secretary of the Home Office Ms Patel was accused of “a vicious and well-planned briefing campaign”.

He said a month after his appointment in 2019, he had been told by the staff not to raise their voices and swear, and on several occasions he told her to treat employees with dignity.

Sir Philip said he had actively interviewed the eviction tribunal in the Employment Tribunal but had not been interviewed for an investigation. 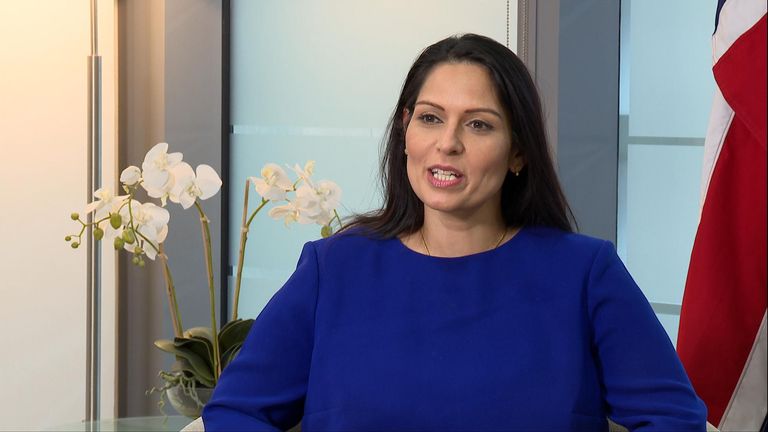 Sir David O’Malley, the former permanent secretary of the Home Office, told Sky News that the “systematic outcry over the standards of public life” refers to the controversy.

He also said that the Prime Minister had run into “absolutely unnecessary trouble” by rejecting the advice of his independent adviser.

“Well, this is not a good reason to reject a very logical report,” Sir David added.

It starts with “I can’t trust these officials”.

“It’s like President Trump’s book, The Art of Deal: You intimidate and classify your opponent for accepting a deal, which may work in real estate, but it doesn’t work when you negotiate for the country or reach long – term contracts for the country.”

Lord Ricketts, a former diplomat and national security adviser, told Sky News that Sir Alex must have felt that he could not accept his position after Johnson overtook him.

This indicates that the threat of a senior minister is acceptable and gives a very bad indication of the relationship between ministers and the civil service.

The country is facing such a serious problem in relation to recovering from the epidemic. We need ministers and civil servants to act with confidence, trust and clarity.

Downing Street did not deny reports that Johnson had tried to influence the report’s findings, but instead a spokesman said: “As you might expect, the Prime Minister has spoken to Sir Alex Allen to find out more about the report.

“Sir Alex’s conclusions are entirely his.”

Labor called for an immediate inquiry and called for the full publication of the “initial and unedited report”.

Shadow Home Office Minister Holly Lynch said: “These are serious allegations that indicate that Boris Johnson tried to interfere in the investigation of the allegations against his closest political ally.

However, No. 10 indicated that it would not publish a full report on the conduct of MS Patel to protect those who provided evidence.

Lord Evans, chairman of the Public Life Standards Committee, said Sir Alex’s resignation was “deep” and that his committee would immediately look into what happened as part of a cabinet review.