The third phase of SIRIUS, the recently launched international space experiment, will use new virtual reality technologies. Sergei Ponomarev RT, Executive Director of the Sirius-21 Project, Head of the Physiology Laboratory of the Immune System of the Experimental Physiology Department of the Institute of Biomedical Problems of the Russian Academy of Sciences, spoke about this. SIRIUS-21 is a 240-day isolation test that recreates key features of a promising interplanetary exploration. In the third experiment, the specialist added that new data on a person’s mental and physical characteristics during space travel would be obtained. He also talked about the stages of selecting participants in virtual exploration. In his opinion, the data obtained as a result of all SIRIUS experiments will help to plan a real space flight in the future.

– The third phase of the international experiment began yesterday on the site of the Institute of Biomedical Problems of the Russian Academy of Sciences. Sirius – At the Scientific International Research in Unique Terrestrial Station (“International Scientific Research at the Unique Ground Station”). What is this program and why was it developed?

– This is a joint project of the Russian Academy of Sciences and NASA’s Institute of Biomedical Problems. Its main purpose is to lay a scientific and practical basis for deep space flight. The project involves several phases. To date, two of them have been completed. Now the third is being implemented – eight months of isolation. We hope to have several years of ongoing testing in the coming years.

– Sirius-21 is a 240-day isolation test that recreates key features of a promising interplanetary exploration. How will this be implemented and what new technologies will be included in the project?

– Data on the condition of the human body were obtained when adapting to isolation conditions in stressful facilities with an artificial habitat. Not a single result can be said to have been obtained. Data were collected in different areas (e.g., psychology or physiology). On the one hand, each new experiment adds some data to the old one previously obtained. On the other hand, with each experiment we have something new. For example, in one experiment, it was not possible to see what the immune response was to staying in space for long periods of time. So, everything goes in stages. In a 2019 experiment, it was revealed that the influence of factors related to space flight is detected even at the stage of antigen presentation (macrophages are one of the major processes of components of the innate immune system, such as dendritic cells. RT).

– How did you select the participants in the experiment? Sirius-21 What do they do during a virtual flight?

– We have a multi-stage selection. In the first step, those who want to take the test send in their questionnaire. However, not all of our employees are connected. It happens that a person sends a questionnaire and it becomes clear that he is not suitable. The conditions are then explained to those who pass the first stage. Many people even go to the second stage because they do not realize how difficult it is for a person in a long isolation. For example, one believes that one cannot quit a job and can work remotely using any kind of internet technology. Candidates personally come to the third round of elections. We perform some medical and psychological procedures. After all the steps, we get the structure of the main, backup crew. In the future, the special commission will already make the final decision, based on the testimony of doctors and psychologists. 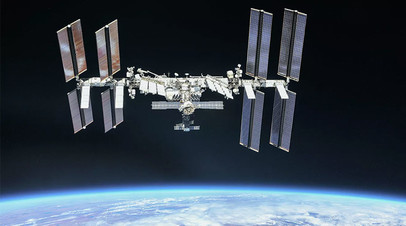 “Aging of an important part of the equipment”: Roscosmos suggested supporting the operation of the ISS segment until a new station was created.

The Presidium of the Scientific and Technical Council of the Roscosmos recommended that steps be taken to maintain the functioning of the Russian section of the ISS.

One person from the relevant area can participate. He must have an engineering or medical education and serve in the military (if he is a man). If a person does not have a higher education or his specialty does not give priority to space flying (for example, a marketer) he is not suitable.

First, participants will be involved in the conduct of the scientific program. It contains more than 70 experiments in various fields (psychology, psychophysiology, biochemistry, microbiology, sanitary hygiene, immunity, metabolism, functional and technical tasks, etc.). This is all very time consuming. In their spare time, if they stay, the crew can read books or play board games.

– Are you interested in experimentation? Sirius Abroad? Are foreign astronauts participating in your experiment?

– This experiment, with the participation of NASA, is of interest to the entire space community. We run programs presented by the European Space Agency, German and French. Two people from the United States and one from the United Arab Emirates came to participate in the experiment. In the 2021 experiment, we are collaborating with the Mohammed bin Rashid Space Center for the first time. 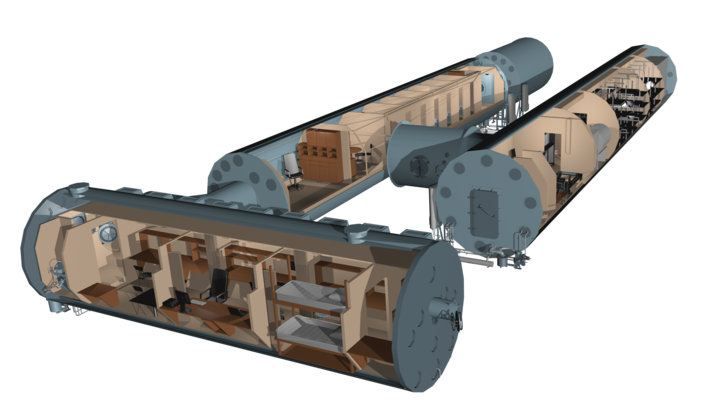 – All crew members will be in isolation for a long time. Will it happen that someone crashes and refuses to take part in the experiment? What other problems can participants face?

– Yes, it can happen. We had such experiences. Any participant can leave the experiment at any time without giving a reason. In addition, participants may have difficulty engaging within the team or implementing a scientific program. There may also be technical difficulties associated with the operation of the complex’s life support systems.

– Is there enough data now to organize an actual interplanetary exploration?

– If we are talking about a virtual flight to the moon, this is not the main goalTo be as comfortable and safe as possible for the passengers and to be pioneers. A real flight requires more data in full confidence that it will be safe and productive for humans.

– The next test is planned for 2022 Sirius-22. You want to send participants on a virtual flight to Mars. What are your goals for this project?

– We hope to implement this after this research phase (SIRIUS-21)One year mission. Its goals are almost the same – to conduct experiments in the interests of space biology and medicine. Obtaining data for compiling statistics. By evaluating the data collected after a year-long exploration and comparing it to ISS data, we can then plan an actual space flight.

Written By
Jake Pearson
More from Jake Pearson
Washington NASA on Monday showed the first parts of the video from...
Read More