A large asteroid goes to Earth. It will collide in six months. What to do? Do we have any chance of rescue? NASA decided to examine this, and at the conference organized the Planetary Defense Conference exercise, i.e., simulation and operational possibilities of asteroid collisions with Earth.

In the NASA simulation, the area affected by Europe – Poland is in an area of ​​great destruction. Photo Pixel / NASA
/123RF / PICSEL

It should be noted here that the land is not in danger. Although the scene depicted in the simulation is real in many respects, it is purely imaginary and does not describe the actual impact of the asteroid.

In the simulation case, NASA scientists made several assumptions.

On April 19, 2021, an asteroid with a magnitude of 21.5 was detected and confirmed the next day. It was named 2021 PDC. One day later, the Sentry JPL collision monitoring system and the Clomon system identified several possible dates for the asteroid to hit Earth in the future.

The two systems split the most likely impact date to October 20, 2021 – six months after the object was discovered, but the probability of that happening is small, about 1 in 2,500. 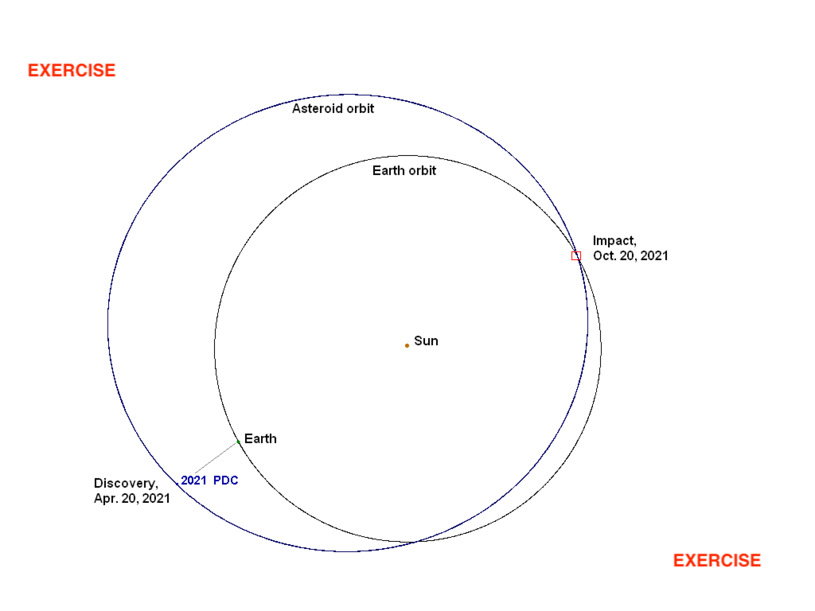 The path of the discovered asteroid and Earth converge
/Press materials

At the time of discovery, very little can be said about the physical features of the 2021 PDC. Scientists are unable to determine the size of the asteroid – based on the measured albedo, it was estimated to vary from 35 to 700 meters.

The orbit of the asteroid is eccentric – from 0.92 AU to 1.6 AU at the nearest point beyond the orbit of Mars. The asteroid’s orbital period is 516 days (1.41 years), and its orbit is inclined at an angle of 16 degrees to the level of the Earth’s orbit.

The 2021 PDC is being closely monitored in the week following its discovery, and as the monitoring dataset grows day by day, the risk of collisions increases. The asteroid is too far away for radars to detect and will not be in range until it is likely to collide in October. Within a few weeks, the risk of a collision rose to about 5%. 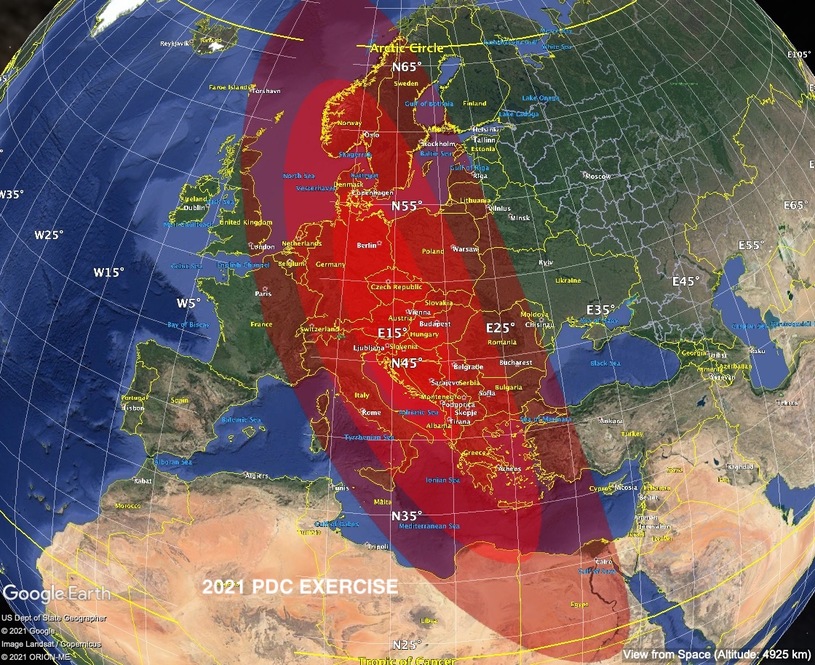 In the days following the 2021 PDC asteroid, it will vary in size from 140 to 250 meters and its impact will be 21 percent. It will affect the lives of one million people. This object will affect our planet at an altitude of 800 to 250 km. It will affect the area within a radius of 250 km from the damaged area. The scale of the disaster will be huge.

Participants in the simulation already have all the necessary data and will now plan their next steps. Can the impact be prevented somehow? Can the asteroid be destroyed? Or is it “enough” to evacuate the affected area? The Planetary Defense Conference is still taking place, with participants considering all forms of behavior. It should be noted that New York was not saved during a similar exercise two years ago. Will it be the same this time? What about Poland near the risk area of ​​the 2021 PDC collision?

Written By
Jake Pearson
More from Jake Pearson
2020 was a terrible year for the restaurant world, especially in Europe....
Read More