We recently caught up with Marianne who chose to tell us about her hiking tour in Ireland. So let’s continue in the vein of adventurers who choose to explore the Emerald Isle differently. This time we interviewed Julian who chose to find a green Erin on a bike!

Lepetitjournal.com: Julien, can you introduce yourself?

Julian: My name is Julien and I am a history and geography teacher in the Fontainebleau region. During my long summer vacation, I decided to go cycling in Ireland. My experience up to that point had been Nice-Rome by bike, but this was my first major expedition across the seas.

Because there is an aspect that is somewhat legendary and somewhat mystical. Ireland is close to France without being a complete neighbour. It brings a mythological dimension. This is a legendary island. As a history teacher, it is a land of history and legend with dramas and riots. It is close to the ancient Celtic culture. I was never here. At the last minute, I picked it up a bit in June (2022). I’ve been thinking about it for a few weeks.

I had covid in June and was told to do something a little more cheerful than going to the seaside Côte d’Azur in the summer. I didn’t want mass tourism. The first signs of a heat wave were already there, so Ireland seemed like a great adventure. I knew this was a country that didn’t necessarily have to be flat. There was a particular sporting challenge, the magnificent scenery, and I said to myself, “Why not?” I took return ticket from 14th July to 16th August. A great month to travel around the coast clockwise.

How did you organize your package?

I had little experience in the army so I knew how to pack my bag. I had a sarcophagus tent, a 5° sleeping bag. I took the minimum. Ireland is still not the pampas, so you can find everything. I hung the backpack with tensioners on the luggage rack. Bought a trekking bike to go on road and country roads. I picked up a park on the Dingle Peninsula that was still inadequate. A Kway had to be bought in Dingle and was not well prepared for the rain. I had no goretex shoes, just classic sneakers. Although it was record hot in Ireland at the start, I suffered a bit from the rain. I got sunburned too!

Before leaving, have you set yourself any steps or points to see?

No, I didn’t have a “to do list”. I took some of it at the last minute. I knew the west had the most desert, so I wanted to drive west. I have very distant Irish ancestry near Cavan, so I wanted to go see the county of my distant ancestors. These are the famous Frenchmen who left after the Battle of La Boyne (1690 NDR).

Then I felt like going to Kerry, Konnamara. Some mythical places that everyone knows. 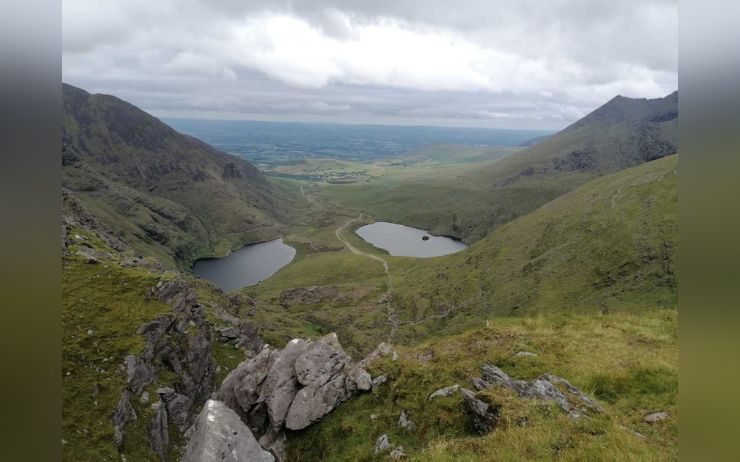 How were your steps and how did you sleep?

In practice, I improved. I did it around 6pm to see where I was going to sleep. I did a lot of camping. Basically two-three days camping for one day hostel. On the camping side, out of thirty-four nights, I had to spend five wild camping. It must be said that Ireland is not a country where you can sleep easy on wild camping. Because meadows have fences. It’s hard to find places without a view, and it’s hard to find where to sleep in the wild. Irish culture is less about tents and more about mobile homes. I found the campsites via my laptop on google maps.

How did your laptop battery manage?

I activated it when the data was useful and I had 2 external batteries. You should be economical with the battery and recharge it while you are at a youth hostel or campsite.

Then an Irish gentleman comes to see me and tells me I look like a snail carrying his house! 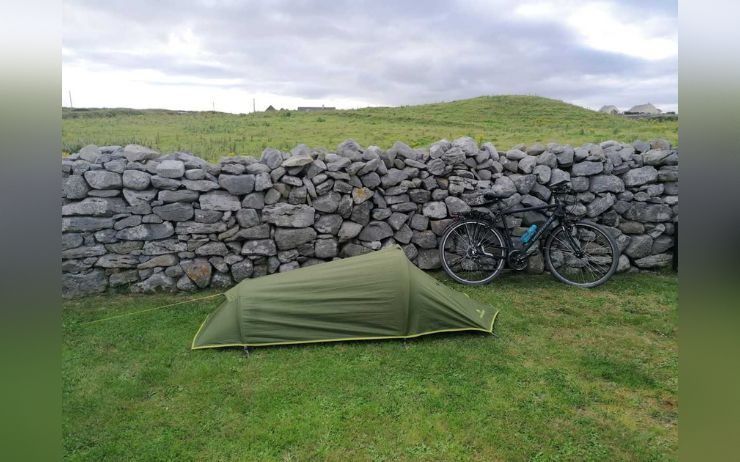 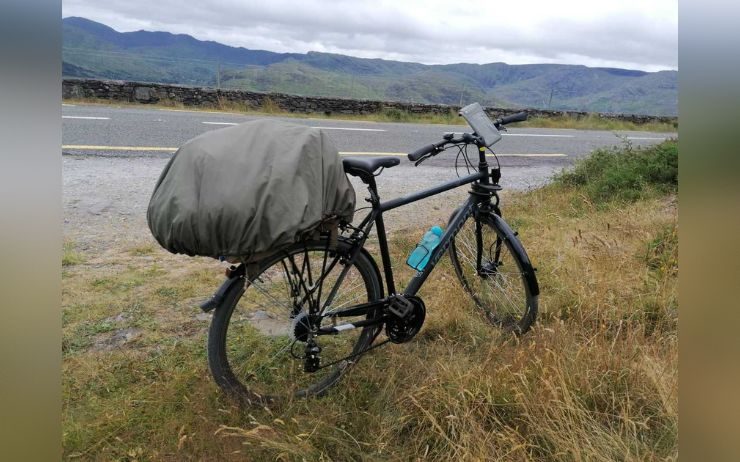 What made you tick?

From day one, I set off from Rosslare (a port in the south of Ireland, editor’s note), and two hours after I landed I went to a fishing port. Then an Irish gentleman comes to see me and tells me I look like a snail carrying his house! I tell him I’ve just arrived and he replies: “Welcome to Ireland in particular”. It really touched me. I was also fascinated by the beautiful houses. People waved at me and cheered me on, which is quite surprising coming from France.

Then, Connemara hit me, it’s awesome. I rarely go to pubs.

People were intrigued by this kind of adventure

You meet very little on the bike. To get around, I did 80 km steps per day. An average of eight to ten hours per day should be cycled. So there was little opportunity to meet people. After that we meet people in hostels. Otherwise, the only encounters I had were Irish people who came to see me to see what I was doing with a backpack and a bicycle. People were intrigued by this kind of adventure. On foot, you have more opportunity to stop and talk to people.

As for riding a bike on Irish roads, I found that the Irish drive very well, they are very considerate of cyclists, leaving a safety cushion. You need to have a bike that is somewhat versatile because the bike needs to be able to ride on bumpy roads. I also took national highways with emergency lanes. These are pretty easy roads in terms of elevation, but to be honest I’ve never been afraid of a bike. Also, there’s no need to overprotect your bike. 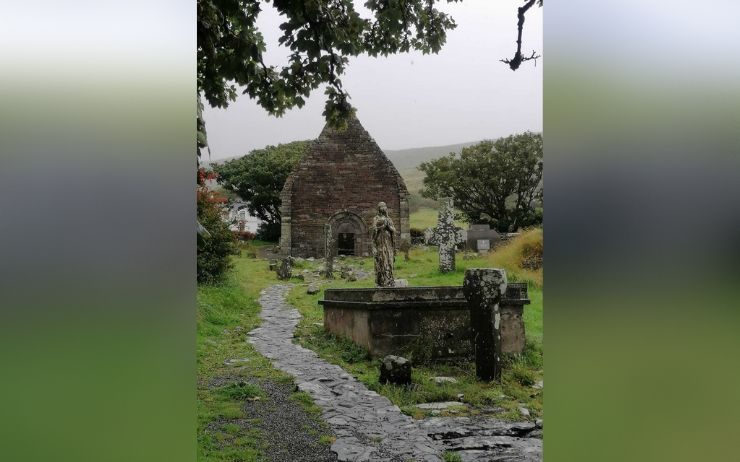 How is your budget?

I had given myself a budget of 3,000 euros including the bike and boat. I bought the bike for 350 euros, the second hand tent for 100 euros in the right corner, the ferry for 250 euros. On the other hand, the cost of living is higher in Ireland than in France. You notice in the newspaper that it’s 20 to 30% more in stores. So you should plan a considerable budget compared to France. In terms of tourism, it is a country in demand for accommodation. €20-30 for hostels, €10 for camping. So I used the budget even though it was a local trip.

What did those around you say before you left?

They were surprised but then encouraged me. My grandparents were a little scared of the idea of ​​wild camping. But, although surprised, they were quite confident.

Will you come back to Ireland?

It’s a country I really like. I stopped at museums about history, a dramatic and glorious history through the struggle for liberation. So yes, I will definitely be back.