The government will soon be able to announce exemptions on health passes in some areas.

Towards the end of the fourth wave? More than two weeks after the start of the September school year, all indicators of the Kovid-19 epidemic continue to decline. That’s up from 75.5 cases per 100,000 residents last week, according to data released Monday, September 20. The fall was sudden: on August 14, the national average was close to 250.

>> Find the main indicators of the epidemic on our dashboard

The executive, which draws up a bill to extend the health pass after November 15, seems willing to ease restrictions in some areas, but analyzed incidents at the Francifo departmental level. 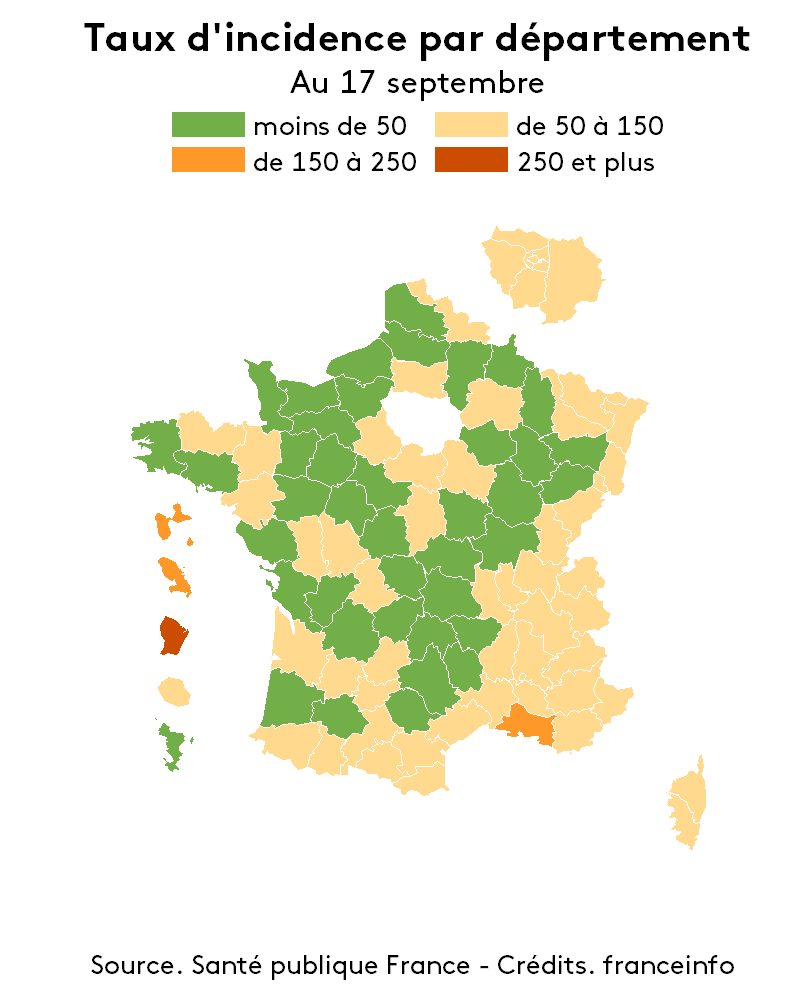 Assurance fact: Although still high, the incidence of incidents at Bochs-du-Ron is declining. Although the department has been particularly affected by the start of this fourth wave, it will be less than 200 in a few days, when on August 14 it reached alarming 704 new pollutants per 100,000 residents.

Compared to last week, the incidence was lower in all but five departments (Drom, Loser, Hout-Vian, Mayen, Guyan).

Written By
Jake Pearson
More from Jake Pearson
This weekend, we celebrate the discovery of the first exoplanet thirty years...
Read More