Geoinformatics and Space Technology Development Agency (Public Organization) GISTDA The Space Technology Research Center uses the Space Traffic Management System (Zircon) to track and predict fallout. Long March 5B Y4 Rocket Parts (Longmarch 5B-Y4), found that parts of the rocket would hit Earth on Saturday. November 5, 2022 Thailand may be affected because this space object passes by Thailand every day. (as the graphic shows the direction of movement through Thailand) will rotate around 13:54 to 13:56 hours today (November 3). Chiang Rai, Chiang Mai, Phayao, Nan, Nong Khai, Udon Thani, Kalasin, Roy et al, Yasothon, Amnat Charon, Ubon Ratchathani The spacecraft is currently orbiting at an altitude of about 177 km above Earth and weighs about 21.6 tons. will lose weight because some will burn in the atmosphere) 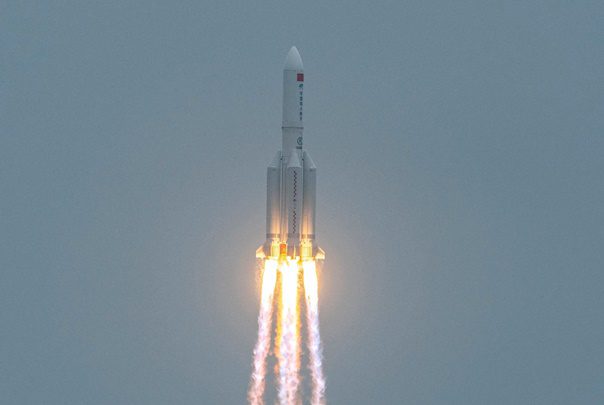 The point where parts of the rocket are expected to fall still needs to be closely monitored. It can only be accurately predicted if space objects are on average less than 130 km from Earth. So, the closer it is to Earth, the more accurate it is). GISTDA Space Technology Research Center The ZIRCON system, developed by GISTDA researchers, meets international standards for analysis, tracking and forecasting.

For the operation ofLong March 5 BY 4 This happened last Monday, October 31. With the aim of encouraging astronauts to conduct scientific experiments and research in space, such as fluid physics experiments, materials science and space technology, the Mengxian module is brought to the Tiankong Space Station.

However, considering the risk to Thailand as of today, the probability of an impact is only 1.4%, which is very low, however, GISTDA will monitor the conditions and areas where this rocket component is likely to fall 24 hours a day. Keep reporting progress.

Written By
Jake Pearson
More from Jake Pearson
20 years ago, humans first discovered the richness and complexity of their...
Read More