At Good Morning Britain on Monday, Pierce Morgan left co-host Susanna Reid with a red face and teased her for wearing a ‘folic’ face mask.

The 55-year-old TV personality made an interesting reference to covering the face of 49-year-old Susanna while opening the show and showing off their masks.

Pierce pulled out a mask adorned with take-up – the title of her book – while Susanna, nicknamed ‘Shout out’, raised her finger to her red lips and put on a pink mask.

Looking at his co-host’s choice of mask, Pierce said: ‘I don’t think you should wear it. That makes me a little worried. ‘

Protesting the innocence of the graphic, Susanna said: ‘This is a finger!’

Later on the show, Pierce changed his mind about mocking Ella Rose, the daughter of co-presenter Charlotte Hawkins, after her proud mother shared a beautiful video of her singing her jingle bells.

The five-year-old entered the festive spirit as he encouraged the audience to sing with him in a heartwarming clip. 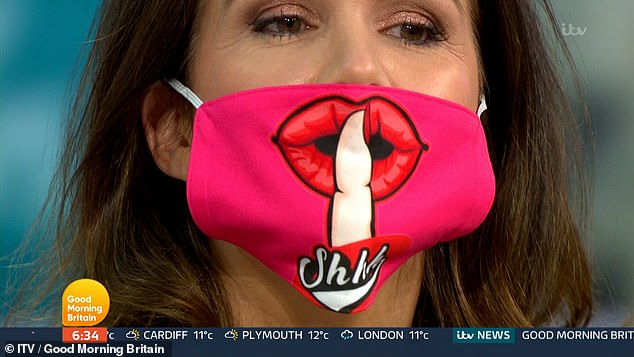 Face Mask: Susanna, nicknamed ‘Shout Out’, pulled off a pink mask at the beginning of a popular ITV show, raising her finger to her red lips.

In the video, Ella told the camera: ‘Now I’m going to sing a song, so you’re all going to join in three, two, one …

See also  Does Netflix UK have 'The White Tiger'? Where to watch the movie

Speaking to Charlotte via the video link, Pierce joked: ‘What do you know? Finally we got some skills from that family. They can sing properly. She looks like Shirley Temple ‘.

The couple married five years later in 2008 and share Charlotte Ella with her husband, Mark Herbert.

Charlotte welcomed Ella in February 2015 after she announced her pregnancy in the UK last August. 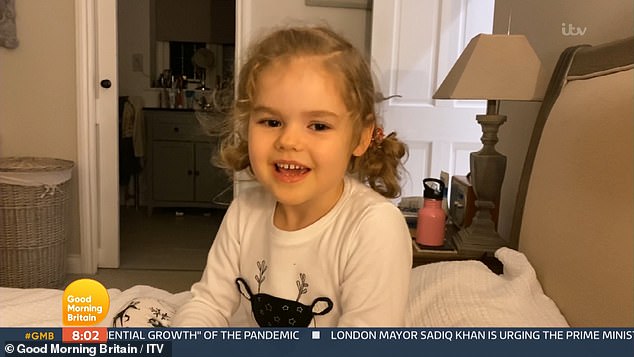 In 2018, Charlotte, who gave birth to Ella at the age of 39, described her attempt to conceive with her husband Mark as a ‘stressful time’.

The TV veteran spoke candidly about trying for a baby later in life and how she was amazed.

Charlotte explained Mirror: ‘We tried for a few years, and I got to the point where I was worried it wouldn’t happen.

“It was a stressful time, but I’m still looking at her. I’m amazed that we created this little creature, but it still scares me to think how different our lives would be without us.”

In 2014, Charlotte admitted that she and her husband Mark had almost gone through IVF treatment when they found out she was pregnant.

“I was pregnant and it took a long time to sink in because we’ve been trying for a while,” she said. 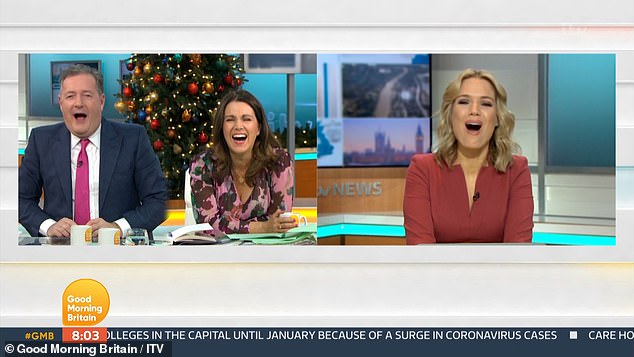 See also  BBC Roadkill: Is Roadkill based on a true story? | TV & Radio | Showbiz and TV