Ireland is a country that punches above its weight on the world stage in terms of its technology industry. The country is the largest receiver of foreign direct investment (FDI) for American tech giants, with more than €1 trillion being pumped into the economy up to the end of 2019. This began back in 1956 when IBM set up its office in Ireland and, since then, it has gradually expanded its presence in the country, now employing more than 3,000 people with offices in Mulhuddart and Blanchardstown, and laboratories in Cork and Galway.

Microsoft, Dell, Intel, HP, Ericsson, Apple, and Facebook all have bases in Ireland, but they’re not the only ones. The gaming industry also sees the country as a great place to operate from, with major brands like Activision Blizzard, Sony Computer Entertainment, Electronic Arts, and Zynga all having large offices in the Republic, in addition to the large contingent of local developers.

The demand for video games is also strong. Sales in 2020 were around €91 million and are expected to grow by a CAGR of 5.2% per year until 2024, reaching around €117 million. This strong interest in tech and gaming should, therefore, also help to create a lot of interest in esports. However, while there is a growing demand for this 21st-century form of competition in the country, it lags behind other comparative nations.

Esports is the term given to leagues and tournaments that use video games as the medium of competition. Players use a PC, smartphone, or console, just like any normal gamer would do at home.

Esports have been around for some time, their history goes all the way back to 1972, but it is only in recent years that they’ve become the huge business that they are today. They began to grow in the early 2000s, when pioneering competitions like Major League Gaming and the Intel Masters launched. Today, all of the most popular video games are featured in esports, including Call of Duty, League of Legends, Fortnite, FIFA, Hearthstone, Dota 2, and Formula 1.

In the Republic, esports are governed by The Esports and Gaming Federation of Ireland (often referred to as Ireland Esports), a not-for-profit organisation that is responsible for promoting, growing, and developing these digital competitions in the country. Earlier this year, RTE reported that a gamer from Dublin picked up a $50,000 cash prize at the Fortnite World Cup in New York. This doesn’t make them the highest earner in the country though – that title belongs to Jordan Crowley, a Call of Duty player who goes by the screen name of Jurd. He’s won more than $273,000 (€230,000) since 2012.

The country also hosts several major tournaments, including Insomnia Dublin, which attracts 8,000 players, Gamer Fest, and Irish Collegiate Esports. These are all following in the footsteps of other countries, who have seen their esports competitions grow and multiply over the last few years. 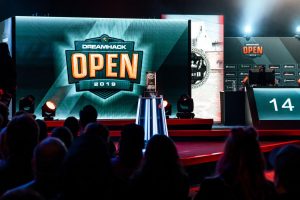 How Does Ireland Compare?

Ireland has more than 300 professional esports players, which is considerably fewer than its British neighbour. However, the comparison is not overly fair as the two countries have wildly different population sizes. A better comparison would be to New Zealand, which has 4.783 million residents compared to Éire’s 4.818 million. In this case, there are a similar number of professional Kiwi gamers as there are Irish.

When comparing earnings, Ireland lags behind many other countries. Crowley, who is the nation’s no. 1 gamer, is only ranked 574th in the world, with less than 4% of the earnings that the most successful gamer on the planet has generated. The country is unlikely to lag behind for very long though. With an official governing body, numerous esports competitions, and a thriving community, Ireland is likely to climb the world rankings in the coming years. Given its importance in the gaming industry for both supply and demand, it’s only a matter of time before it catches up.