South-west of the Burren in County Clare, Ireland, rise the spectacular Cliffs of Moher, the country’s most visited natural site.

Along eight kilometers of coastline, these majestic cliffs rise up to 214 meters above the level of the Atlantic Ocean.

Carved by the fury of the ocean and wind, these limestone and shale rocks offer an awe-inspiring panorama with their vertiginous slopes, an impressive verticality, though not quite as steep as Mount Thor, the world’s highest vertical rock face.

At the top of O’Brien’s Tower, built in 1835 by Sir Cornelius O’Brien to contemplate the landscape, walk along sometimes perilous paths, battered by wind and wave spray.

In favorable weather, the Aran Islands or even the mountains of Connemara can be seen in the distance.

The Cliffs of Moher welcomes more than a million tourists each year and is known as one of the most beautiful rock formations in the world, and the site has been developed to protect it.

Here are some shots of the Cliffs of Moher and O’Brien’s Tower by Swiss photographer Jennifer Essiewa Prints are for sale in her Etsy shop) on a sunny day: 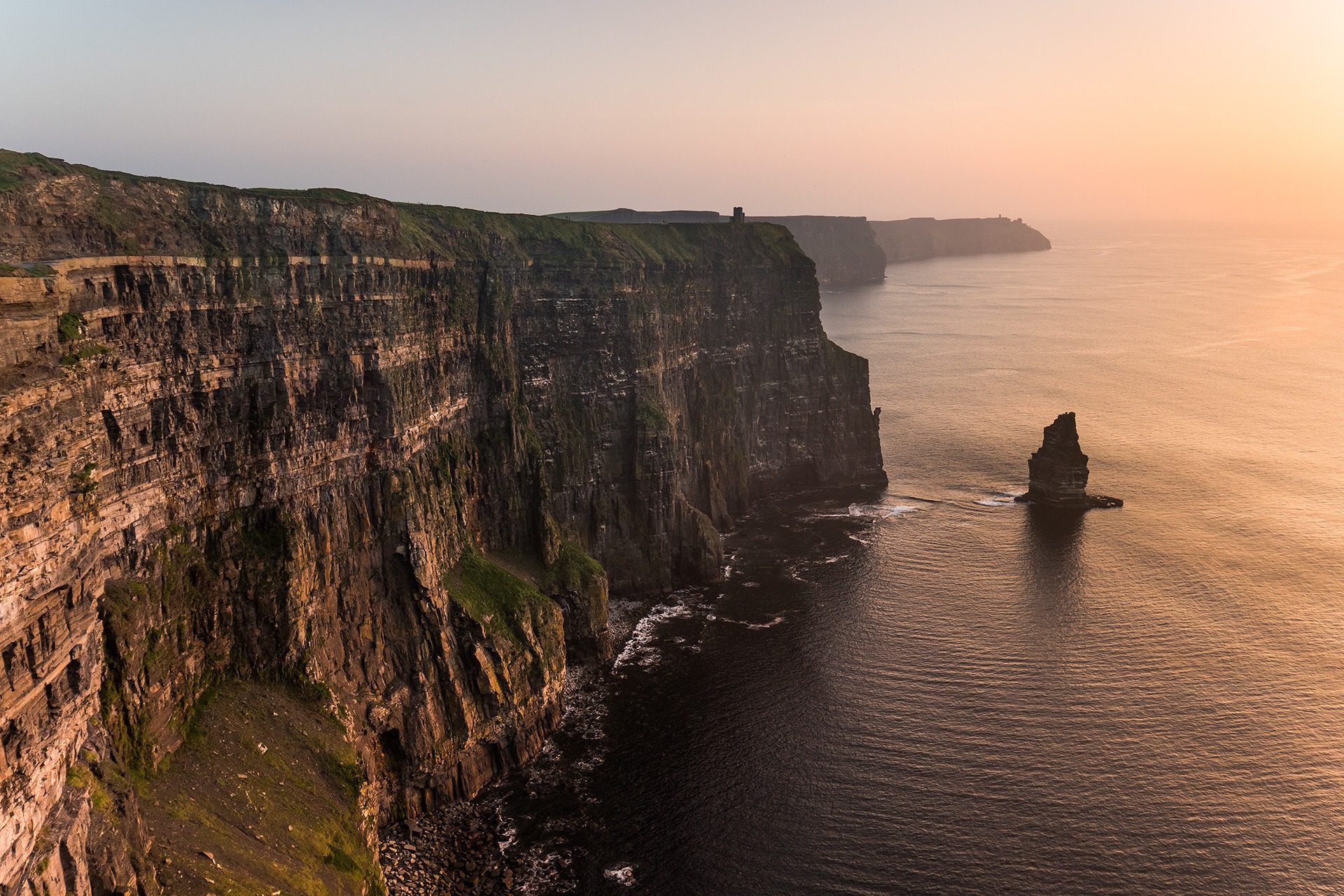 shop Etsy from this photographer here.

Some other images of the Cliffs of Moher by other photographers: 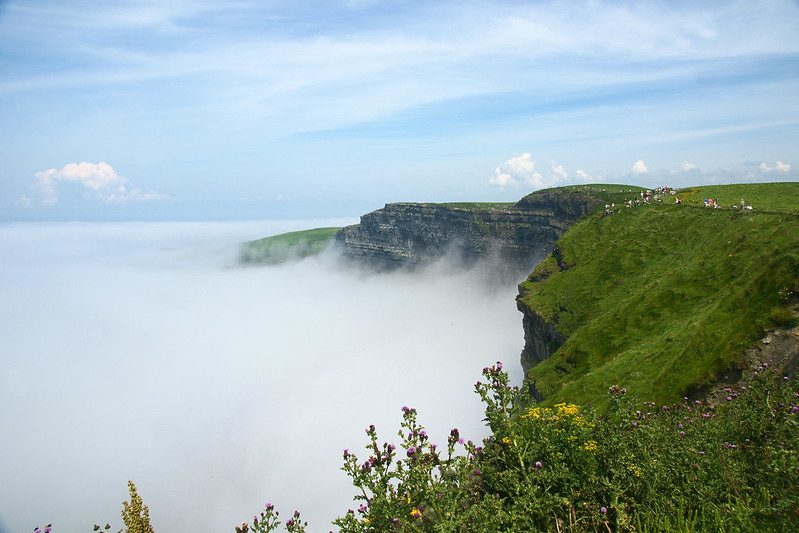 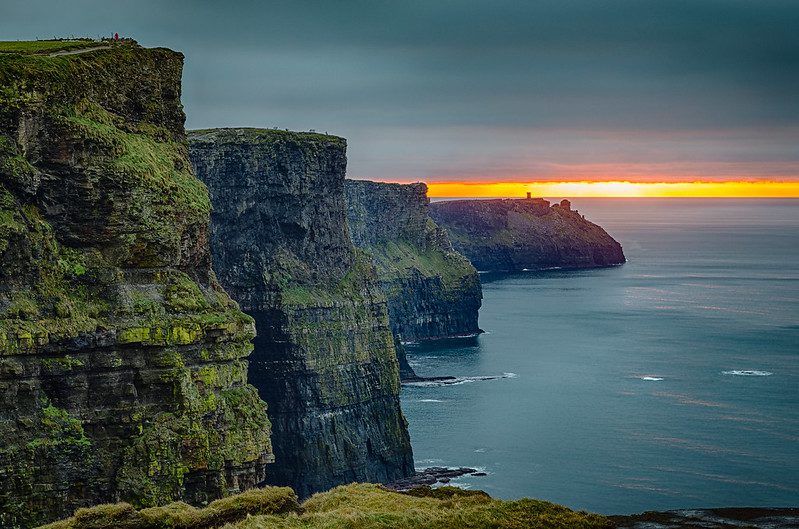 Video of this high point of Irish tourism, the Cliffs of Moher seen by drone:

Also in Ireland, discover the extraordinary, steaming waterfall of the Sruth at Agaid an Aird (or stream flowing behind).