Despite the fact that colour movies have been the norm since the 1940’s, black and white films have left an iconic legacy that still stands today. In fact, it has left so much of a legacy that some directors still choose black and white over colour. 2019’s horror/drama The Lighthouse, featuring Robert Pattinson and Willem Dafoe, for example. Or even more recently, the 2021 romance/drama Malcolm & Marie featuring John David Washinton, son of the renowned Denzel Washington.

Black and white films may be making a comeback in the 21st century, but the originals set a precedent for Hollywood blockbusters. Whether you’re a movie buff looking to watch some iconic films or just wanting to get some classics under your “must-see” belt, we’ve rounded up the top ten black and white classics you should see at least once in your lifetime.

It wouldn’t be a top ten list without Casablanca. It’s one of those movies that, even if you haven’t watched it, you’ve most likely heard of it. With its iconic roulette scene, classic love story and unforgettable script, it’s one to put at the top of your list.

Starring Humphrey Bogart and Ingrid Bergman, it is set in the early days of World War 2 in Casablanca, a large city in Morocco. Two Americans are reunited, stirring and setting up a whirlwind of adventures and events.

To Kill a Mockingbird

It’s one of those films that have taken on textbook status. School and university students watch it, study it and discuss it, while film buffs continue to rank it as one of the most iconic black and white films of all time.

An adaptation of Harper Lee’s 1960 book of the same name, this movie is classified as a coming-of-age story that follows the trials and tribulations of racial and social unrest in the 1960s, through the eyes of a young boy. Starring Gregory Peck, John Megna and Frank Overton, it is a tense but moving film that accurately depicts the era in America’s South.

This Hollywood tale follows the life of a forgotten film star, Norma Desmond, played by Gloria Swanson. After trapping an up-and-coming screenwriter in her mansion, a series of comedic events unfold as Desmond tries to encourage the writer to write her next big role.

Despite being created as a commentary on the fickleness of Hollywood and how actors are abandoned once their “time is up”,  the film is filled with comedic moments and melodrama that have entertained audiences since its release date in 1950. 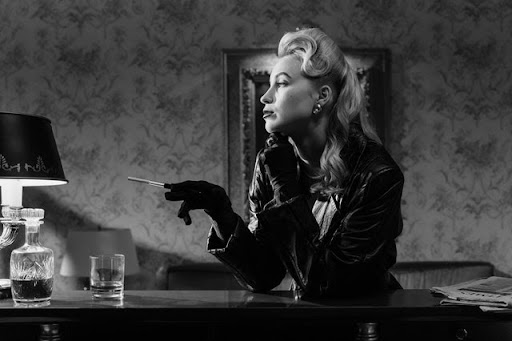 If you’re into horrors, this is a cult classic. Directed by one of the UK’s most well-known and respected filmmakers, Alfred Hitchcock, Psycho follows the murder of an office secretary at Bates Motel. The shower scene, where Marion Crane, played by Janet Leigh, is stabbed to death has become an iconic moment in the film and in Hitchcock’s career.

Despite colour films already commonplace in the cinematic world, Hitchcock chose to film partly in black and white as he was concerned that the shower scene might shock viewers too much if in full colour.

Now classified as a timeless Christmas film, It’s a Wonderful Life was originally considered a box office flop. After failing to make a profit after its debut, its copyright laws in 1974 were not renewed, and the movie was run on television through to the 1990s with little to no cost. The movie became a Christmas staple year after year.

The film follows the visit of a guardian angel to a down-and-out man at Christmas, who convinces him that life is worth living by showing him what life would be like if he had never existed. It’s a heartwarming holiday-inspired story that has wormed its way into the top ten, almost by accident!

Directed by Fritz Lang, Metropolis is an early science-fiction drama adapted from Thea von Harbou’s 1925 novel of the same name. This silent film is set in a futuristic city and follows the love story of a wealthy city planner’s son and a working-class girl.

A story of revolution and overcoming differences, the film was a great influence on the sci-fi genre and regarded as the genre’s first feature film. Despite criticisms about its long-running time and over-simplification, the film was inscribed on UNESCO‘s Memory of the World Register in 2001.

Filmed in black and white to lend authenticity to the story, Steven Spielberg’s Schindler’s List is an iconic Holocaust film that debuted in 1993. Following the story of German businessman Oskar Schindler, played by Liam Neeson, the film is described as a hauntingly accurate depiction of the devastation caused by the Holocaust.

A true story, we take a look at Schindler’s journey as he makes it his mission to save as many Jewish lives as possible by employing them in his factory in Poland.

It wouldn’t be a top ten list without mention of a Charlie Chaplin film. Modern Times is a largely silent film from 1936 that follows the journey of The Tramp (played by Chaplin), who is trying to make ends meet in the highly modernised and industrialised world.

Despite its social commentary on the poor financial conditions of many during the Great Depression, it is a comedy filled with Chaplin’s iconic gags and mischievous moments. 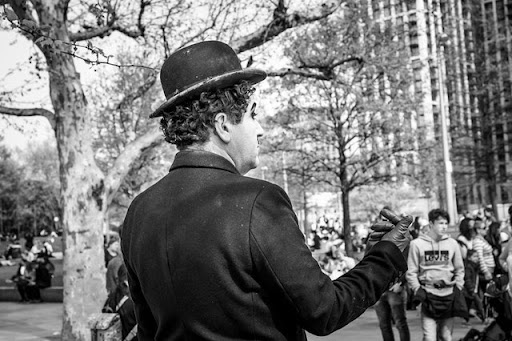 This courtroom drama makes its way into the list after being selected as the second-best courtroom drama ever, second to To Kill a Mockingbird. The film follows the journey of a jury of 12 men as they discuss the outcome of an 18-year-old defendant.

The film highlights the process of deliberating over whether the defendant is guilty or not and explores how agreements and differences are navigated in this group. Emotions, feelings and urgency are intensified by the use of one set for the entire movie.

Referenced as a timeless story, Seven Samurai tells the tale of seven men (samurai) hired to protect a small Japanese village under attack. The film has been subject to a number of variations since its debut due to its popularity and overarching influence, with elements found in popular movies such as the 1960s Western, The Magnificent Seven.

The film became so popular it was the second highest-grossing domestic film in Japan in 1954.

From Western’s and comedies to love stories and horror’s, black and white films paved the way for future filmmakers and, in doing so, produced a number of classics not to be missed.

See also  Point Look at: The photograph showing migrants in Kashmir is from 2019, not COVID relevant

Written By
Josh Atkinson
More from Josh Atkinson
A new feature that lets you transform your voice into any voice...
Read More