The National Museum in Rio de Janeiro today announced the discovery of a new species of “very rare” dinosaur, a toothless animal that lived in southern Brazil 70-80 million years ago.

The small dinosaur Berthasaura Leopoldine was about 1 meter long and 80 points high. His fossil remains were unearthed during excavations in Parana State during 2011-14.

The animals were bipedal dinosaurs, usually carnivores or omnivores, and almost everyone had teeth. However, the museum noted that the new species, unlike the ones found in Brazil to date, had coca, not teeth.

The study, published in conjunction with the Center for Paleontology in Constanto, Santa Catarina, was published today in the journal Nature. Paleontologist Alexander Kelner, director of the National Museum, said the fossils were in very good condition. 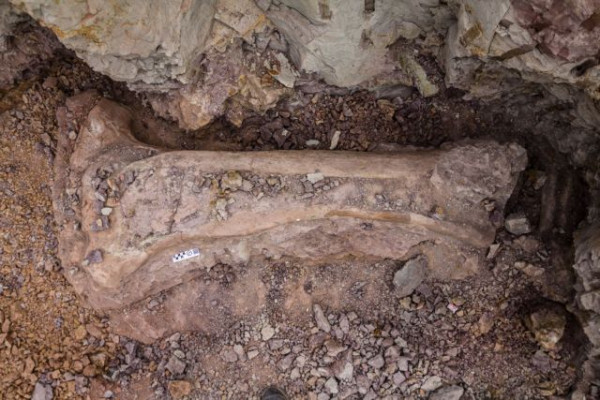 “We have the remains of a skull, jaw, spine, hip and chest, and limbs in front and back.” The Bertha is one of the most complete Cretaceous dinosaurs ever found in Brazil.

Paleontologists described it as a “real surprise” and wondered what kind of food this item had no teeth. “He may have eaten differently from other animals, but the fact that he has no teeth does not mean he can not eat meat,” said Giovan Alves de Souza, one of the authors of the study.

The new species was named Berthazaura Leopoldine in honor of Bertha Luce, Brazilian researcher at the National Museum, and Maria Leopoldina, emperor and patron of natural history research, wife of Peter I of Brazil.

Written By
Jake Pearson
More from Jake Pearson
The moon covers the sun during a solar eclipse in Piedra del...
Read More