If you like to stay up to date with scientific developments and the internet, then you will have probably heard of the term augmented reality (AR). The introduction of this ground-breaking technology is getting people very intrigued about the future of the internet and, more so, the future of gaming.

AR is an interactive and immersive experience of real-life that is enhanced by a range of sensory modes. These can include Virtual Reality (VR) headsets, which realistically mimic our actual visual and auditory senses so a user can appear to be in a real-life setting from somewhere else in the world. From a person’s own living room, their surroundings can be transformed into an entirely different place. But what does this mean for the future of gaming?

The gaming industry is incredibly vast, so let’s first explore the possibility of AR in iGaming. Online casinos are a very popular form of entertainment for many across the globe, and some are already starting to make the experience more engaging for their users by featuring some elements of VR into games like roulette, blackjack, and slots. By potentially introducing AR to online games like those found at the online casino at Paddy Power Games, players could be transported to virtual casinos. Players could then interact with others, take a spin on their favorite slots, play games with a live dealer, or just enjoy the experience without actually setting foot in a casino.

According to Finances Online, the number of video gamers climbed to 2.69 billion worldwide in 2020. This already huge figure is expected to rise to 3.07 billion in 2023. It’s clear that a number of these video gamers will have experienced some form of VR in the video games that they know and love. Different notions of augmented reality are already present within game-creation systems and action RPG games. Through VR and AR, gamers can not only stimulate their senses, but they can also explore their games from a whole new perspective through 360-degree views and enhanced visuals during gameplay. 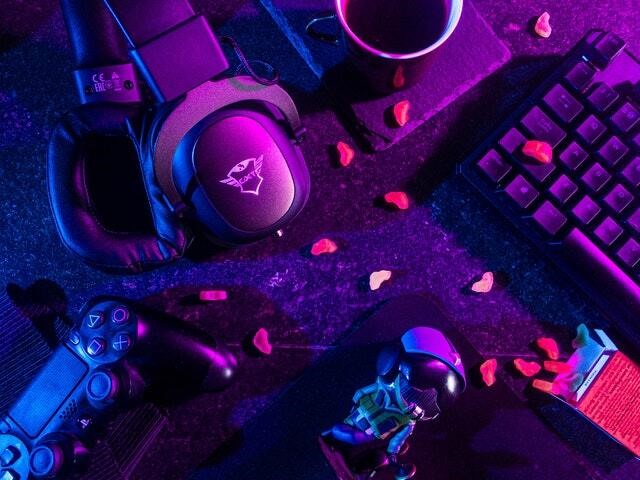 It should also be noted that the internet is also in the process of taking a new form, Web 3.0. We are all familiar with the first ever version of the web, or Web 1.0, which was limited primarily to our browsers and PCs. Next came Web 2.0, which is associated with our mobile devices, the social web, social networking, and user-generated content.

Sometimes referred to as Web3, this third development is said to be the next version of the world wide and is based on blockchain technology. Simply, the term has been described by Forbes as machines being able to process information and content in a human-like way and users will be in control of who profits from their time and information. AR could easily exist within this new spatial environment. As for gamers, personal avatars can be created within this unique platform, play and earn, interact with places and other gamers, and collect NFTs.

In sum, as technology continues to advance, gamers can look forward to a future of immersive gaming.

Written By
Josh Atkinson
More from Josh Atkinson
Published by: 21 before 2021 06:51 GMT Among other things, there is...
Read More