>
A camp organized by Lagaria in association with Irish club Leinster’s School of Excellence concluded yesterday. At Noriglio Field, Roveretto, technicians Corey Carty and Ray McCabe refined the skills of more than 20 boys and girls.
26 rugby players (male and female) between the ages of 11 and 17 registered in Lagaria and Oltrefersina participated in the rally.

Training sessions alternated with theoretical and video lessons for five days and involved all participants seriously. An overlooked detail was that the trainings were conducted exclusively in English, which added great value to the training experience of the students, many of whom had the opportunity to test their language skills with native English-speaking instructors for the first time. .

All participants will also receive a welcome gift from the Irish coaches, an official Leinster shirt for the new season.
The boys and girls took part with great enthusiasm and it shows that they all expressed their desire to see us again at Noriglio next year, always with coaches Cory and Ray from Leinster.
This is thanks to their great availability and professionalism which allowed them to immediately create a special relationship with the participants.

On the last day, the participation certificate was awarded to the young athletes in the presence of Mario Bordot, Sports Councilor of the Municipality of Rovereto, and Fabio Pavanelli, Provincial Representative of Fir.
It was an honor for us to organize a camp in collaboration with one of the most important clubs in the world – explains the president of Lagaria Marco Lasta.
“In this regard, we can only thank the administration of Rovereto and Fir for their support and support, which is a fundamental result for the success of the event.
“Personally, I can only draw more than a positive balance sheet. A provincial club got the chance to host a great club, but I have to say that Leinster’s managers and staff immediately made us feel like part of a project.

“When we contacted them in early 2022, they were immediately available and listened to our requests.
“I think that’s one of the most important messages we can take from this experience: a great club, the game of rugby, making itself available to a group of young people who share the same passion.
“The event gave the two technicians the opportunity to introduce themselves to the beauties of the region, and I am sure that our friends Cory and Ray will return home with fond memories of Trentino and the city of Rovereto that hosted them. “

“Finally, a debt of gratitude to Amedeo, who believed in the project from the beginning, and whose absence is felt.
“We are all looking forward to him at his next appointment in camp and we send him our best wishes once again.”

Leinster’s president, Debbie Carty, and Leinster’s first team head coach, Leo Cullen, sent messages of congratulations to members of the Narrows staff, with a promise to meet. Sebre will again play against the Irish club on the occasion of the next meeting in Parma on September 17. 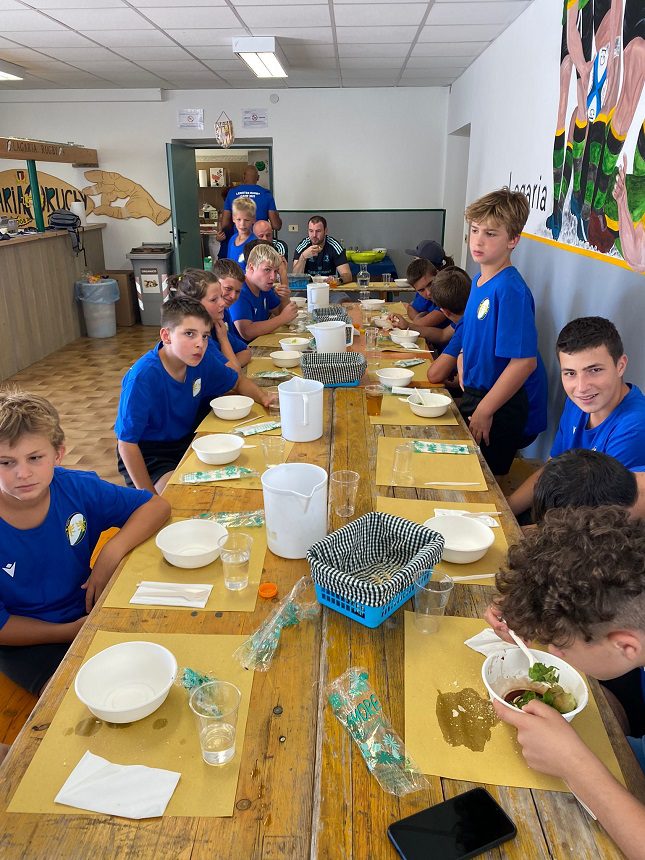 Written By
Calvin Andrus
More from Calvin Andrus
City Councilor Steinheimer Grünen not only has the most kilometers covered in...
Read More